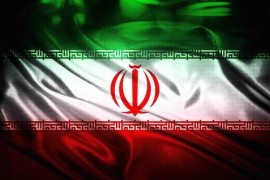 Temenos is closing in on a core and digital banking software deal in Iran, Banking Technology understands.

The vendor is believed to be in talks with Ayandeh Bank (Future Bank). The bank offers retail and commercial banking services.

The systems on offer are the T24 core banking platform and Temenos Connect for digital channels.

Ayandeh Bank was established in 2009 and was originally known as Tat Bank. Its HQ is in Iran. It has 14 branches in Tehran and 50 across the country.

Temenos initially made inroads into the country over a decade ago, with a core banking deal at Post Bank of Iran.

Iran and outsiders
TCS Financial Solutions has one core software customer in Iran, Bank Keshavarzi, the country’s agricultural bank. TCS’s Bancs platform was installed there a number of years ago.

Another domestic lender, Ghavamin Finance & Credit Institution, is on the user list of Malaysia-based core banking software provider, Infopro, and its ICBA system.

Misys’ Equation core system is being used by Bank Saderat Iran, although not in Iran itself, but internationally, including in the UK, US, UAE, Greece, Oman and Qatar.