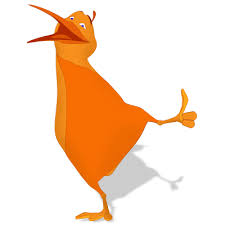 Thumbs up for Qiwi?

Russian payment platform Qiwi is planning to create a blockchain consortium with the nation’s largest banks as its members.

According to Russian publication Izvestia, Qiwi will develop standards for the application of blockchain and it has invited B&N Bank, Alfa Bank and Sberbank to join.

Dmitry Kashtanov, head of digital business at B&N Bank, says it has received an invitation from Qiwi to join the consortium. The other banks declined to comment.

He says the bank is “discussing the possibility of joining the consortium in facilitating the joint common interests of banks, rather than the separated disparate views of the market”.

Sberbank had previously shown interest in joining the R3-led international blockchain consortium. However, there were rumours its application was turned down due to international sanctions imposed on Russia.

Earlier this year, the Bank of Russia (the central bank) set up a working group to look at distributed ledger technology, with a preliminary report on its findings due this month.

There is also speculation the central bank may lose or cool its interest in distributed ledger technology if it’s application and potential aren’t realised by the end of 2016.