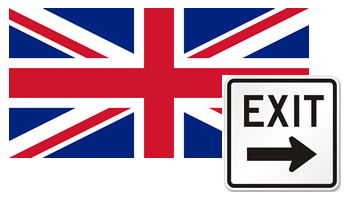 Shortly after the narrowly decided vote for the U.K. to leave the EU (or Brexit) was announced, a trade association is urging the U.K. government to protect U.K.-based financial services providers and a petition calling for a second referendum has nearly 4 million signatures.

Among the chief concerns for the payments industry following the vote is how passporting of e-money licenses will work since the majority of European e-money issuers have licenses in the U.K. that they passport to EU countries.

Financial services businesses, especially in the prepaid and e-money sector, based their companies in the U.K. because of access to the EU and a skilled workforce, among other factors, according to Craig James, chairman of the Prepaid International Forum (PIF), a trade association for the prepaid financial services industry, and CEO of Neopay. “To protect these businesses, their employees and the economy, we urge the U.K. government to do everything in its power to maintain open access to the single market and the passporting arrangement that allows companies meeting U.K. regulatory requirements to be able to operate throughout the EU,” he said in a statement last week. The single market framework, which works by treating the EU’s member states as a single economic area, is preferable to other options being considered, James contends.

“We urge the U.K. government to clarify its position on this matter at the earliest opportunity to preserve confidence and continuity in the market for such services,” he added. HM Government released in March a study on possible models for the U.K. if no longer a member of the EU. It also provides examples of non-EU countries that have business and regulatory arrangements with it.

Weeks before the final tally on whether to exit the EU was announced, an online petition had begun calling on the government to have a second referendum if the “‘remain’ or ‘leave’ vote is less than 60 percent based on a turnout less than 75 percent.” Turnout was 72 percent, according to reports, and the vote was 52 to 48 percent. As of 12:30 p.m. EDT, the petition had more than 3.7 million signatures. Prime Minister David Cameron, who was in favor of remaining a member of the EU and announced his resignation following the results, said there won’t be a second vote, according to BBC News.

The petition has no chance of being enacted, according to BBC political correspondent Iain Watson because it’s asking for retroactive legislation by changing the thresholds. “You cannot simply invent new hurdles if you are on the losing side,” he said.