New stock exchange, IEX, to launch in the US

IEX Group has gained approval from the Securities and Exchange Commission (SEC) to launch a stock exchange.

IEX will become the 13th official stock exchange in the US.

The company has already been operating as a private trading pool, attracting around 1.6% of all daily trading volume recently.

Notably, IEX is run by the prominent critics of high-frequency trading.

A number of trading firms and exchanges, including Nasdaq, opposed IEX and urged the SEC to reject its application. They argued that the structure of the new exchange would add unnecessary complexities into an already complex stock market, and potentially hurting the smaller investors.

They also felt that IEX was basically asking to be exempt from the rules that govern the exchange industry. Nasdaq’s lawyers are understood to have written to SEC earlier this year warning of a possible lawsuit if the IEX application was approved.

So far, Nasdaq has put no comment forward on SEC’s decision to give IEX the green light to proceed.

Speed bump
A notable (and controversial) feature of the IEX exchange is a so-called “speed bump” – introduced to slow down trading to shake off traders that rely solely on speed.

It slows trades down by 350 microseconds – is a considerable time lapse in the high-frequency trading world where trades are done in nanoseconds.

The opponents argued that IEX’s “speed bump” violates the rule that exchanges must make their prices available to all parties at the same time.

However, the SEC responded that the commissioners “determined that a small delay would not prevent investors from accessing stock prices in a fair and efficient manner”.

It added, however, that there would be a follow-up study within two years to determine whether this “speed bump” leads to problems in the markets. 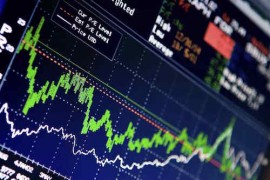 The opinions on IEX continue to be divided

For and against
In addition to the aforementioned “speed bump”, another innovation at IEX is dropping the same fees and rebates that other exchanges do to attract traders. Although this is a common practice at the US exchanges, it can distort trading incentives, says IEX.

IEX has won support and financial backing from a number of large mutual funds, which expect to trade more cheaply and efficiently on the new exchange. Hundreds of small investors also support IEX and wrote to SEC arguing in its favour.

“We are grateful and humbled by the support we’ve received from the investor community, without it, we may have faced a different result,” says Brad Katsuyama, CEO of IEX.

Citadel, a large US-based hedge fund and trading firm, has been campaigning against IEX. When the news of the successful application broke, Citadel said that the SEC’s decision “will test and potentially reverse the gains in fairness, efficiency and transparency that have been made to our markets over the last decade”. The company’s spokesperson called upon the market to “be vigilant to identify unintended consequences”.

BATS Global Markets, itself a relatively new exchange in the US, swung from one side to the other, first supporting the new exchange but then withdrawing support due to “gross omissions of fact” by IEX. It even went as far as questioning “the applicant’s professional judgement”.

However, when the licence to IEX was granted, BACS sounded more positive, saying it appreciated “the significant changes IEX made to its application to address industry concerns” and officially congratulated IEX on the successful outcome.