A new alliance of US community banks, credit unions and other financial institutions – Golden Contract Coalition (GCC) – launches to stand up to IT providers.

GCC’s aim is to ensure fair market deals from the technology suppliers to its members.

“GCC is the first alliance of its kind where a group of like-minded institutions has the power to create huge waves in the financial industry,” states its founder, Aaron Silva.

Silva is president and CEO of Paladin fs, which specialises in contract negotiations between FIs and technology providers.

“GCC aims to level the negotiation playing field by creating a fair, standard agreement between community financial institutions and their core and IT vendors – exclusively available to its members,” Silva says.

The agreement will be known as the Golden Contract.

“The vendors and the banks need each other, but there has to be a fair balance established,” says Silva. This is what the Golden Contract aims to achieve.

The Golden Contract strips excessive legalese and self-serving conditions from core and IT agreements and pricing, and dictates the master commercial terms and legal conditions by which all core and IT providers must abide.

“Utilising the Golden Contract and its set of rules and conditions determined by its GCC members, much-needed money is returned to the bottom line of community banks and credit unions,” Silva hopes.

GCC members are promised individualised consulting and customised price negotiation support according to their asset size. 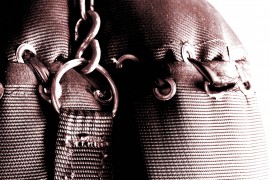 GCC: Community FIs are no longer at the mercy of core banking software vendors

“Community banks and credit unions have struggled for decades under the oppressive weight of the core vendor goliaths,” GCC says. These “goliaths” in the US are Fiserv, FIS, Jack Henry and D+H Corporation (formerly Open Solutions).

“Not only have institutions been treated unfairly in core and IT contract negotiations, but shareholders have been penalised further still when entering mergers and acquisitions. The surging price tag on early contract termination has long-acted as a forceful deterrent to the growth of banks.

“Now, for the first time in history, the GCC puts the power into the collective hands of community financial institutions, challenging the vendor oligopoly to end the era of underperforming IT functionality, unenforceable service-level agreements, unfavourable contract terms and overpriced, one-sided deals.”

GCC is not the only organisation fighting the “core vendor goliaths” in the US. Nymbus, a start-up banking software vendor has been vocal about its plans to take on the big four vendors, referring to them as “the Dark Forces”. Nymbus has recently made two acquisitions to grow its “Rebel Alliance”: KMR and R. C. Olmstead (RCO).