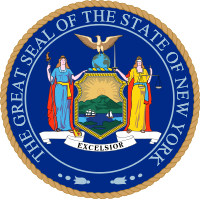 For more than a year, payroll card providers have had to deal with the specter of a final rule on payroll card regulations from the New York Department of Labor. The proposed regulations were so stringent that, despite a revised version issued October 2015, many in the industry were concerned providers would deem payroll cards unsustainable and pull out of the state. The wait is now over, sort of. Rather than issue a final rule, the N.Y. DOL today issued a second revision to its proposal (see page 16 of the PDF). Comments are due in 30 days.

Overshadowing some minor changes and compliance clarifications is what hasn’t changed, including the list of fees the N.Y. DOL continues to prohibit, including overdraft, shortage or low-balance status; account inactivity and maintenance fees, among others.

“Payroll cards are a crucial tool for millions of unbanked and underbanked Americans, including nearly 30 percent of New York households. We are relieved the department has recognized that more work is needed on the proposed payroll card rule and re-issued it for another notice and comment review period,” said Brad Fauss, NBPCA president and CEO. “But, the NBPCA continues to have concerns that the latest proposal, if left unaltered, will ultimately harm New York workers.”

The commentary in the latest proposal provides more information on complying with ATM disclosure and employee consent requirements. Employers still must provide employees receiving their pay via payroll debit cards with a list of fee-free ATM locations near their workplaces or homes. The second revision says employers may comply with the requirement by offering an updated Website or telephone-based system providing a list of ATMs.

Regarding employee consent to receive wages on a payroll card, the original proposal and the first revision were unclear, according to the NBPCA, whether an employer would have to seek consent from existing employees who already are being paid by a payroll debit card or direct deposit. The second revision, however, makes it clear in the commentary that “prior consent that was provided without the requisite notices or in conflict with the terms of [the rule] is ineffective.”

“The NBPCA and its members look forward to working with the New York Department of Labor to ensure payroll cards remain a viable option for employers to pay wages to New York workers,” Fauss noted.