More technology jobs to be cut at RBS 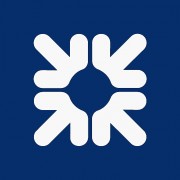 Royal Bank of Scotland (RBS) will cut about 900 tech jobs in the UK, according to a Reuters report.

At the end of last year, RBS’s domestic workforce stood at 64,000 people. Since March this year, the bank has cut at least 2,700 jobs in the UK, mainly across its branch network.

The latest job losses will impact the IT and back office staff across its retail, commercial and private banking divisions, says Reuters.

No specific numbers were put forward by the bank, although it did confirm the pending layoffs. RBS’s ambition is to transform from the world’s largest bank by assets into a much leaner commercial and retail banks focused on the UK, says the government-owned bank.

The bank also told Reuters it would attempt to redeploy the affected staff to other roles where possible.

At least 100 jobs will be transferred to India, it is understood.

Reuters warns of more job cuts to be announced by RBS in the coming months.