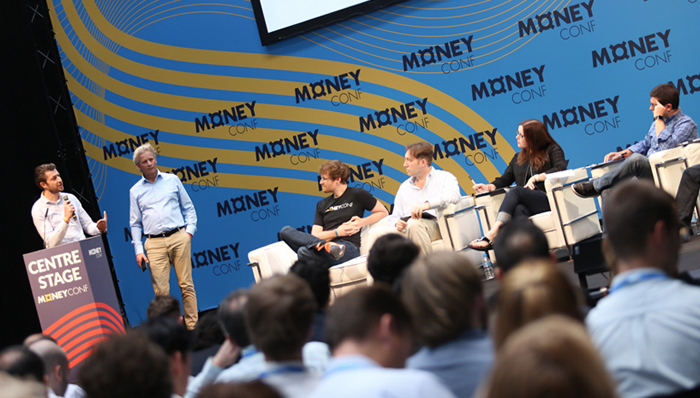 Around 1,850 people enjoyed the two-day event at the elegant venue of La Nave. Part one of our review of the show looked at wealth management, part two examined biometrics and Santander’s plans, part three was a quick trip through financial ecosystems, and part four involved love for London and the fintech community bamboozled by Brexit.

After three rounds of pitching to audiences, Dutch firm Grace Systems was announced the winner.

Their Centre Stage pitch was in front of Rakuten Fintech Fund’s Oskar Miel, Kabbage’s Kathryn Petralia, Earnest’s Louis Beryl and Web Financial Group’s Dirk Behrens. They were up against Spendesk (which provides physical or virtual commercial cards for employee spend) and Akiba (which offers mobile applications for emerging markets), the other Pitch finalists.

The event was lively and a success. Panel discussions were always popular and the 25-minute durations ensured there was no waffling.

The venue of La Nave was pleasant and the city of Madrid drew the crowds. Perhaps some arrived early or stayed late to enjoy its Spanish charm.

According to MoneyConf, attendees totalled 1,855 people from 62 countries. It adds that social media was “buzzing” with tweets. Over the conference, #MoneyConf was tweeted thousands of times and these tweets gained 612,000 impressions.

Next year will be in Madrid again.