Jack Henry and Symitar in core software projects across US 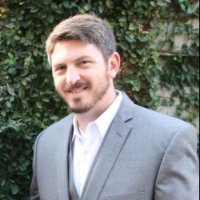 US-based banking software heavyweight Jack Henry & Associates and its Symitar subsidiary are busy with a number of core software projects across the US.

Both banks decided to replace their previous core systems and multiple third-party vendor applications with the platform.

Tripp Sheppard, vice-president and CFO of Bank of Newington, says its previous core system “was not integrating well with today’s features and functionality, such as mobile capture”.

Cleveland State Bank was also “battling limitations” from its previous core provider. Along with Core Director, it will use Jack Henry’s Branch Anywhere, Banno Mobile and other “complementary” solutions.

Patty Idol, president and CEO of Mountain CU, says through a “detailed due diligence process” the Episys system “stood out as the platform that can meet all of our current needs and position us solidly for future growth”.

The credit union serves more than 22,000 members in the western region of the state. It has seven current branches, has a new location opening this year, and several digital initiatives are on the horizon.

Mountain CU had been with its previous core provider for almost 30 years and wanted to “diversify its member-facing offerings by continuing to place emphasis on solutions” such as online bill pay, remote deposit capture and mobile banking.

St. Louis-based Vantage Credit Union has recently completed its migration to the Episys core platform, after 13 months of “hard work and planning” by credit union staff. Due diligence for the project began over four years prior.

The new lending system has allowed the credit union to upgrade its internet loan application. The automated phone access system is also new and incorporates two former systems into one.

In a separate and recent announcement, Symitar teamed up with a think tank, BIG, for an initiative called Financial Innovations Voice Experience (FIVE).

FIVE explores the possibilities that voice-based personal assistants such as Amazon’s Echo and Microsoft’s Cortana can bring to banking.

Among the first takers is $2.3-billion Baxter Credit Union, a long-standing user of the Episys core system. It plans to roll out FIVE to its clients next year.