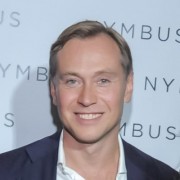 RCO has been around since the late 1970s, founded by Bob Olmstead, who will now retire.

Meanwhile, Florida-based Nymbus is a new player, just a couple of years old, and its core banking offering – Smartcore – is newer yet. It was launched last autumn.

It is very likely that the RCO customers will be transitioned from RCO’s CAMS-ii Net-based core processing solution onto Smartcore. Speaking at the launch of Smartcore last November, Alex Lopatine, CEO of Nymbus, mentioned an upcoming acquisition and the plans to covert its clients to Smartcore.

“The marriage of our companies has been a seamless and positive transition,” Lopatine says now that the takeover is completed. “We are proud to carry the RCO torch further in the space and are thankful to founder Bob Olmstead for believing Nymbus is the future, not only for his company, but for his customer base and employees.”

The RCO staff have joined Nymbus as part of the acquisition.

Nymbus’ chief business development officer, Eric Isham, has had a working relationship with RCO for more than a decade and feels the two companies have a great cultural fit. “Given my deep roots with RCO, I identified them as a great acquisition target for Nymbus right away,” he comments.

It also struck a deal with Banc Statements (BSI), a financial print and delivery specialist. This partnership provides Smartcore takers with a centralised hub for banking services.

It also has a partnership with digital payments company Payveris. Through this tie-up, Payveris will provide the sole online payment platform for Smartcore takers.

The Rebel Alliance
As mentioned earlier, Nymbus unveiled its new-generation product – Smartcore – last autumn, aimed at community banks and credit unions in the US.

The system is offered on a fully hosted basis. The vendor is keen to take on the well-entrenched, traditional players in the US market, such as FIS, Fiserv, Jack Henry and D+H Corporation.

CEO Lopatine describes Nymbus as “the Rebel Alliance fighting the Dark Forces of the ‘big four’ vendors”. He feels there is a lot of support for the Nymbus initiative among the financial institutions in the US. “We are the good guys and everyone wants to help us.”

The roots of the Nymbus offering stem from a sister company, Mediaspectrum Inc. This company specialises in the publishing domain and provides content management system (CMS) platforms to media moguls in the US and internationally. USA Today is among its customers.

Nymbus was co-founded by Lopatine and Scott Killoh, a co-developer and founder of the Openpages CMS (Openpages is now owned by IBM). Killoh is also chairman of Mediaspectrum.

Nymbus has its HQ in Miami Beach. It targets all of the US community banking and credit union space, and already claims around ten takers of its core system.

The vendor initially pitched its product to larger banking entities, but found that their sales cycles and decision-making processes were too long. So it turned to the lower-tier sector and found it to be a happier hunting ground.

Also, having just one or two large banks as customers makes the vendor too dependent on them, observes Lopatine. “The value of the company, in my opinion, is higher if it has hundreds of small FIs as clients rather than just two large ones.”

The first taker of Smartcore – a community credit union in Florida – is set to go live in this summer. The rest will follow before the year end. By the end of 2017, Nymbus aims to have 50 users of Smartcore.

“Old core systems out there in the US today are about batch processing,” Lopatine observes. “Imagine the publishing industry working the same way – imagine USA Today not being able to sell, process and post an online advert here and now – that just would never happen, it is simply unimaginable.

“I used to work in banking as well as retail sectors, so I am not just a tech guy, and I look at everything from three perspectives.

“So when we looked at our CMS platform for publishers, we realised that we have a ‘bank in a box’. The platform has the workflow tools, sophisticated integration tools, relational database and CMS.”

It was decided to spin off the platform into a separate business, and this is how Nymbus came into existence in 2014.

“Held hostage”
“Community banks and credit unions in the US are being held hostage by the big core processors,” Lopatine states. Old generation technology, lack of innovation, high costs and the necessity to maintain big IT teams – this is what many financial institutions have to deal with, he claims.

He compares a mainframe solution to a 1970s car. “Is a 1970s car more robust? It has more spare parts, more metal, but it does not make it more robust! It has no airbags or seatbelts, it is clunky, it has no touchscreen radio and so on.”

Nymbus, he adds, wants to be “the Tesla of banking”.

A new hope
Changes in old systems require coding, which can be expensive, time and resource consuming, Lopatine says. New generation software, meanwhile, is all about configuration, not coding. Products, APIs and reports can be “created on the fly”.

Smartcore is “ the first full stack API driven platform”, he states. The system is HTML5, browser-based. There are no legacy components, and it is built in Java.

The system is supplied on a fully hosted basis. The company has two data centres in the US and one in Europe.

The system supports front-to-back office operations and is supplied as one package, “defined by functions”. There is no separate teller, business intelligence (BI), online or other subsystems, Lopatine explains. He feels that smaller entities would benefit from an end-to-end solution that will take care of all their needs, from processing at the back-end to user- and customer-facing functions at the front-end.

“Our aim is to empower smaller credit unions and community banks to compete with large mega banks.”