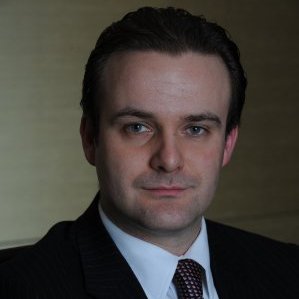 Visa Europe says three billion contactless transactions were made across Europe on Visa cards and payment-enabled devices in the year to 30 April.

This leap nearly triples that of the same period in the previous year.

Tristan Kirchner, executive director, product management at Visa Europe, says it’s “extraordinary growth” and it’s due to the work of Visa; the “wider payment industry”; and new technology, such as wearable devices and mobile payment services.

Figures from Visa Europe show European consumers used their cards 360 million times in April – nearly 140 transactions per second and a 150% increase from the 143 million transactions in April 2015 – with the average value rising 12% to €13.83.

Contactless payments as a proportion of all Visa-processed face-to-face payments have risen from 1-in-60 in 2013 to more than one-in-five today.

Visa Europe says the increase has been driven by new “everyday spend” merchants incorporating contactless into their check-out; such as consumers paying for “lunches and lattes”.

It expects this rate to accelerate further as most new payment terminals deployed across Europe from January this year are contactless-enabled, “helping merchants achieve the target of all terminals in Europe accepting contactless payments by 2020”.

Consumers in Poland, Spain and the UK use contactless the most, according to the company’s research.

It says contactless commuting on Transport for London services is one reason for this accelerated growth, as there have been more than 400 million contactless journeys since launch (nearly nine in ten of which have been using Visa cards).

Additionally, the launches of mobile payment service, Apple Pay, as well as the Barclaycard’s bPay solutions, have “encouraged” consumers to adopt new ways to pay.

According to Visa Europe, there are more than 500 million Visa cards in Europe, while €1 in every €6 spent in Europe is on a Visa card. Total expenditure on Visa cards exceeds €2 trillion annually, with €1.5 trillion spent at point-of-sale.