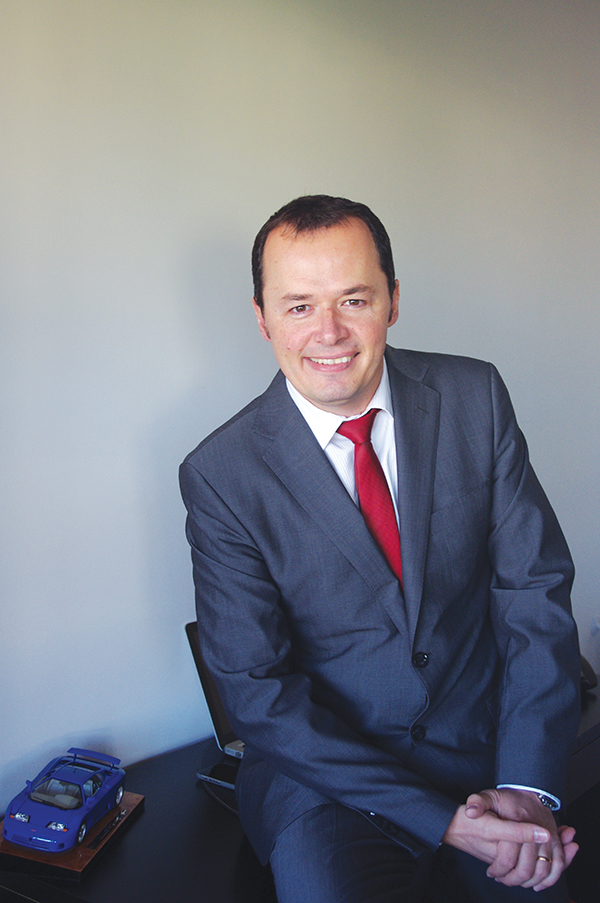 Olivier Sery, TAS Group: “We provide the engine, you build the car”

Amidst the mass of humanity at Money 20/20 Europe in Copenhagen, Olivier Sery, general manager Iberia for TAS Group, took a few moments of his time to discuss the company’s software solutions for electronic money and payment systems; and its future plans.

“We’ve done the investment, but now is the time to grow our footprint.”

Sery is clear and concise on the next stage for TAS Group, a financial technology software solution developer and provider.

Since its merger with NHC in 2000, it has moved to a position where its solutions manage over 100 million cards across the globe and now has offices in seven countries. In fact, one of those nations is the US, where a new venture was launched two years ago.

It got there with a large amount of investment, and TAS Group’s footprint has spread from mainly in Europe to include the Americas and the full EMEA regions.

With the money in place, it will expand on-pace because the company works in a “broad ecosystem” – such as card manufacturing, devices and transactional banking.

For 2016, TAS Group will continue growing its footprint on the Iberian Peninsula and with a forecasted 8.6% growth rate in Latin America; it feels it is both well-positioned in offerings along with having a “good fit” culturally to serve the market.

Everyone’s talkin’
When it comes to Money 20/20’s debut in Europe, Sery says the main talking point at the show has been mobile and security surrounding mPayments.

He says: “If a card gets stolen, then I’d be very worried if the thief got hold of the master keys. But with my phone’s virtual wallet it is a different matter. The token is only valid for certain credentials.”

This means the amount of money a thief could take is “more limited” and Sery views the wallet as a way of “increasing security”.

TAS Group’s approach is to come from a server-based security angle. It looks to control the information issuing, rather than putting too much value into the phone. Sery views the phone as the “channel”, while the company can do other things.

Mission impossible
For mobile security, Sery is realistic and sees this 100% security as “impossible”. In fact, at Money 20/20 he was on the panel for “Identity, security and fraud prevention in mobile: The route to a secure mobile experience”.

The solution is to be “one step ahead of the hackers and make the information on the mobile less valuable”.

It’s also about being in control of how much cash can be used on the phone if it falls into the wrong hands.

“If a thief steals a phone, then they can buy a coffee maybe, but that’s all.”

If the value to get this information isn’t worth the criminals’ time, they’ll go for something different.

End game
Themes and news can blow hot and cold, and on the question of hottest topics Sery sees virtual wallets as very popular for very specific reasons.

“This is because the way they operate is logical and open; and because everyone knows they make money on all transactions.

“We’ve got six wallets in Spain, for example, and another two or three coming in the summer.

“The wallet is better than the contactless card as it’s more secure and because it’s a communication channel.”

There can be no doubt as to where TAS Group stands in the wallet versus contactless card debate.

Sery is also open and succinct on how the company remains popular and helps all its customers – and uses a neat analogy to explain the point: “We provide the engine, you build the car.”

This article is also featured in the May 2016 edition of Banking Technology. Click here to read the magazine online.