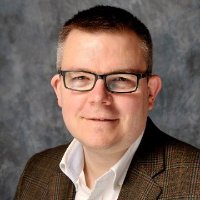 UK start-up Ormsby Street has launched its credit-checking tool CreditHQ in Germany, as part of a new partnership with Deutsche Bank.

CreditHQ allows a small business to check the financial health and credit status of any customer or partner and will be available to small business customers of Deutsche Bank.

Its German launch is the next stage of an international expansion programme that will look to target Poland, the US, Australia and other European markets over the next 12 months.

He adds that CreditHQ can meet these requirements for checking the credit status and payment performance of customers “head-on”.

CreditHQ is working with credit supplier, Burgel, and the solution provides a “simple traffic light ratings system” to show the level of risk associated with the company in question. Users are given two different ratings, one addressing credit risk and the other payment performance.

Ormsby Street says CreditHQ is used by more than 27,000 UK small businesses, and launched in Italy in 2015.