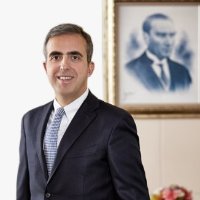 Turkey has introduced its own card payment system, called TROY, and the nation is setting its sights on becoming a cashless society by 2023.

Speaking at the launch, Dr Soner Canko, general manager of the Interbank Card Center (BKM) in Turkey, said: “Many countries around the world, from Canada and Italy to South Korea and India, have their own payment systems and now Turkey has taken its place among them.”

TROY has completed its first transaction and Canko says all POS terminals, ATMs and e-commerce websites in Turkey are ready for the cards and further transactions.

He also has some targets for the future: “We aspire to create a cashless society by 2023. In the future, when we look back to today, we shall remember with pride this meaningful moment when Turkey’s Payment Method [TROY] was launched.”

In February this year, Dublin-based Research and Markets published its “Turkey Cards and Payments Market – Size, Share, Development, Growth and Forecast to 2020” report.

It says the growth in e-commerce, increase in internet and mobile penetration and higher disposable income per capita supported the growth of number of cards in circulation in the country.

The number of POS terminals increased from 2.1 million in 2012 to 2.4 million in 2014, and is expected to “grow significantly during the forecast period due to the expansion of retail sector”.

In Turkey, debit cards dominate the payment card market in terms of the number of cards in circulation, according to Research and Markets.

Research and Markets says credit card transactions were encouraged by growth in payment infrastructure such as POS and ATM terminals, advanced card features such as EMV technology, and promotional strategies such as cashback offers and reward programs.