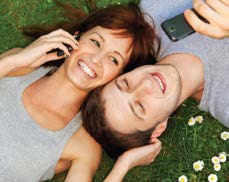 At Shoptalk in Las Vegas this week, young companies showcased their contributions to the evolution of commerce and experts discussed how retailers and payments providers can attract the coveted millennial shopper.

A 2-year-old San Francisco company called OmnyPay displayed its integrated mobile loyalty, rewards and payment system. The platform enables retailers to offer specific rewards or discounts based on how consumers pay—for instance, a purchase involving a retailer’s gift card might result in a double-digit percentage discount, with lessor discounts for debit and credit card purchases. OmnyPay makes everything accessible via the customer’s smartphone, which also can handle checkout via an app. Later this year, the company plans to announce a partnership with a “top 25” U.S. retailer, according to Chief Marketing Officer Amitaabh Malhotra.

Meanwhile, Affirm, an online lending company that enables shoppers to make monthly payments for purchases, announced at Shoptalk a partnership with online travel firm Expedia and event and ticking firm Eventbrite. Installment payments are popular in Latin America and other emerging markets, but are gaining ground in established markets, as well. MasterCard announced in January that it would begin testing installments in Europe in the second half of 2016.

Another panel discussed online apparel sales, one of the largest e-commerce categories, the growth of which often drives the digital retail segment. Asked what percentage of online apparel sales will come from buy buttons on social media in five years, the answers ranged from 10 percent to less than 50 percent.

Much of those sales via social media no doubt will come from millennial consumers, panelists agreed. And that’s where some of the real confusion comes in. That’s because retailers and payments firms still are figuring out how best to appeal to millennial shoppers, generally much more informed and less wedded to brands than older shoppers. That appeal will have to go beyond price, speedy shipping, brand loyalty and other factors that attract other age groups.

In general, experts talked up the importance of providing an experience to millennial shoppers. The oft-cited model was Uber, which transforms the old, relatively inefficient process of calling a cab or town car—and dealing with a grumpy driver when you want to pay with plastic—into a mobile experience with pins and maps and an invisible payment experience. “There is a brand new set of expectations among millennials,” said Bayard Winthrop, CEO and founder of American Giant, an online apparel retailer that operates a single physical store.