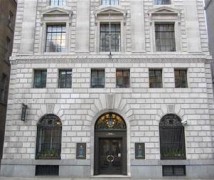 Surecomp’s product, IBSNet, has been running at the bank’s London and Dubai locations for over 15 years.

It is integrated with the bank’s long-standing core banking platform, Misys’ Bankmaster. It is not known at present whether the bank is looking for a replacement, but Banking Technology expects that this will happen in the next couple of years, as Bankmaster is an outdated system, sunsetted by the vendor a while back.

Misys also has a trade finance system, FusionBanking Trade Innovation, which is a major competitor of Surecomp’s and China Systems’ offerings. However, it would seem that it was not of interest to Persia International Bank.