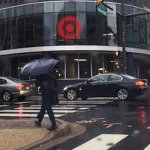 The parties reached preliminary agreement on the settlement in December 2015 in U.S. District Court in Minnesota, and in February 2016, the attorneys for the bank plaintiffs filed to add legal costs to the settlement.

The lawsuit includes bank issuers who opted out of earlier settlements Target reached with MasterCard and Visa. Target reached a $19 million settlement with Visa in August 2015. A proposed settlement with MasterCard fell through in May 2015, but all MasterCard-related claims were resolved as part of the recently approved settlement. Target also paid a $10 million settlement in a class action lawsuit brought by consumers affected by the breach, which compromised 40 million payment cards and exposed the personal information of up to 110 million people.