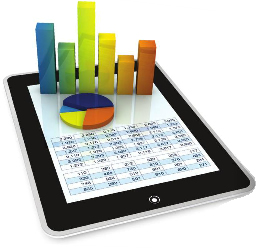 Groupon has sold Breadcrumb, its restaurant mobile POS arm, to Upserve, a company once known as Swipely that sells restaurant management technology.

Groupon bought Breadcrumb in 2012, around the time that Groupon went public. Neither terms of that deal nor the new sale were disclosed. Breadcrumb launched in 2011. Its POS system, designed also for bars, runs on Apple iPads while connected to remote servers. Clients subscribe to use it. Besides accepting payments from patrons, the Breadcrumb system can track reviews, monitor staff activity, build guest profiles and perform other tasks.

The deal makes Upserve the industry’s largest cloud-based restaurant management platform, serving more than 6,000 restaurants in every U.S. state, according to the company, but it comes at a rough time for Groupon. Since Groupon’s initial public offering, the company has tried to transform itself from a daily-deals firm into a seller of physical goods though its Groupon Goods division. Groupon Goods until recently had produced double-digit revenue gains for the company.  For the first quarter of 2016, Groupon Goods revenue increased only 0.8 percent year over year to about $419 million. Overall, Groupon revenue declined 2.5 percent year over year in the first quarter to $732 million. Groupon also recently hired a new chief financial officer and, earlier this month, Groupon laid off 30 customer service workers.

The sale also comes amid m-POS pioneer Square’s own earnings woes. Square’s stock price took a hit last week after the company posted Q1 2016 earnings of -$0.14 per share, despite a total net revenue increase of 51 percent to $379 million.