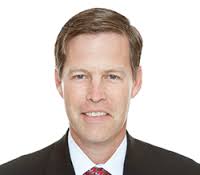 Organic revenue growth was 4.2% in the quarter. Adjusted EBITDA increased to $637 million in Q1 2016, from $589 million adjusted combined EBITDA in the prior year’s quarter, while the adjusted EBITDA margin was 28.2%.

Adjusted net earnings from continuing operations attributable to common stockholders was $259 million for the quarter, or $0.79 per share compared to $0.65 per share in Q1 2015, an increase of 22%.

Not everything went up. Generally accepted accounting principles (GAAP) net earnings from continuing operations attributable to common stockholders was $55 million, or $0.17 per diluted share, compared to $114 million or $0.40 per diluted share in the previous year’s quarter.

For FIS’s integrated financial solutions, first quarter revenue grew to $1.1 billion. Organic revenue growth was 5.4% in the quarter. Adjusted EBITDA increased to $426 million and the adjusted EBITDA margin was 38%.

FIS’s latest outlook for the rest of the year is no different to what it said at the start of 2016.