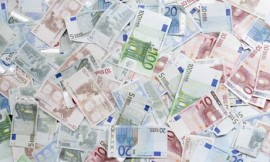 It is understood that Calypso was chosen to replace a host of legacy technology, including Wallstreet Suite from Wall Street Systems and Misys’ FusionCapital Opics.

The project is known as Market Activities Processing System (MAPS).

The responsibility for the implementation of the new system was given to Calypso Professional Services, “to ensure complete management of market operations”, according to the vendor’s announcement at the time of the deal.

In 2015, Banco de España recruited an international consultancy firm, Everis, to assist with the design, definition and product configuration of Calypso for the MAPS project. The value of the contract was around €210,000.

The same year, the bank also recruited another consulting firm, Atos, for technical consulting services for installation, configuration and product support of Calypso. The contract was valued at around €195,000.

Banco de España was the first of the two banks set to go live – this was scheduled for April. However, this did not happen. Banking Technology understands that the switchover has been postponed by six months.

It is possible that the two banks are now looking to go live at the same time.

Once the new platform is up and running, it will be offered on a hosted basis to other central banks.

No comment was available from either Banque de France, Banco de España or Calypso.

Meanwhile, Calypso is in the process of changing ownership, as its founders are selling it to European private equity fund Bridgepoint and global growth equity investor Summit Partners.