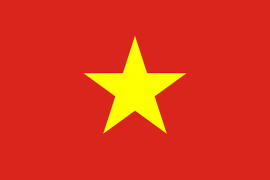 The system is supplied by Sopra Banking Software.

The project follows the reorganisation of BPCE’s operations in Vietnam, with the business moved from Natixis (a BPCE subsidiary) to BPCE International, which is responsible for the group’s retail activities across the globe.

The project in Vietnam is part of the group’s drive to standardise its technology across the geographies. BPCE International has decided to use Sopra Banking Amplitude as its common platform.

Other takers are BICEC in Cameroon; BCI in the Republic of the Congo; BMOI in Madagascar; BTK in Tunisia; Banque des Mascareignes in Mauritius; and Natixis in Algeria.

The project in Vietnam kicked off in late February and is set to be completed within ten months.

This is the first installation of Sopra Banking Amplitude in the country.

Philippe Garsuault, CEO of BPCE International, describes Vietnam as “a strategic country” for the BPCE, which currently operates mainly in French-speaking Africa. “Vietnam is increasingly opening itself up to Africa, where we can count on our banks’ presence to position ourselves on in this business,” Garsuault adds.

Meanwhile, Sopra has been busy on many fronts – from more acquisitions to new contracts and go-lives.