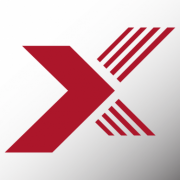 California-based credit union, Xceed Financial, is merging with fellow Reach Federal Credit Union. The two entities will use Fiserv’s DNA core processing system as their centralised platform. It will be provided on a hosted basis.

Xceed is already on the DNA platform, but has been using it in an in-house environment rather than outsourced.

Reach is moving from another provider.

The in-house to data centre conversions will be delivered as part of the Sentry Performance Solutions offering from Fiserv.

The merged entity will have $1 billion in assets, over 70,000 members and 13 financial centres across six US states. It will offer retail and commercial banking services.

Moving to a hosted environment “places the credit union’s vital technology assets in a world-class data center, with professional management”, she says.

Ray Shams, EVP and COO of Xceed, adds that the new set-up will also help the credit union to grow its new subsidiary, Global Enterprise Resource Group (Shams is now also its CEO). The new business offers consultancy and advisory services to other financial institutions that want to improve their lending services.