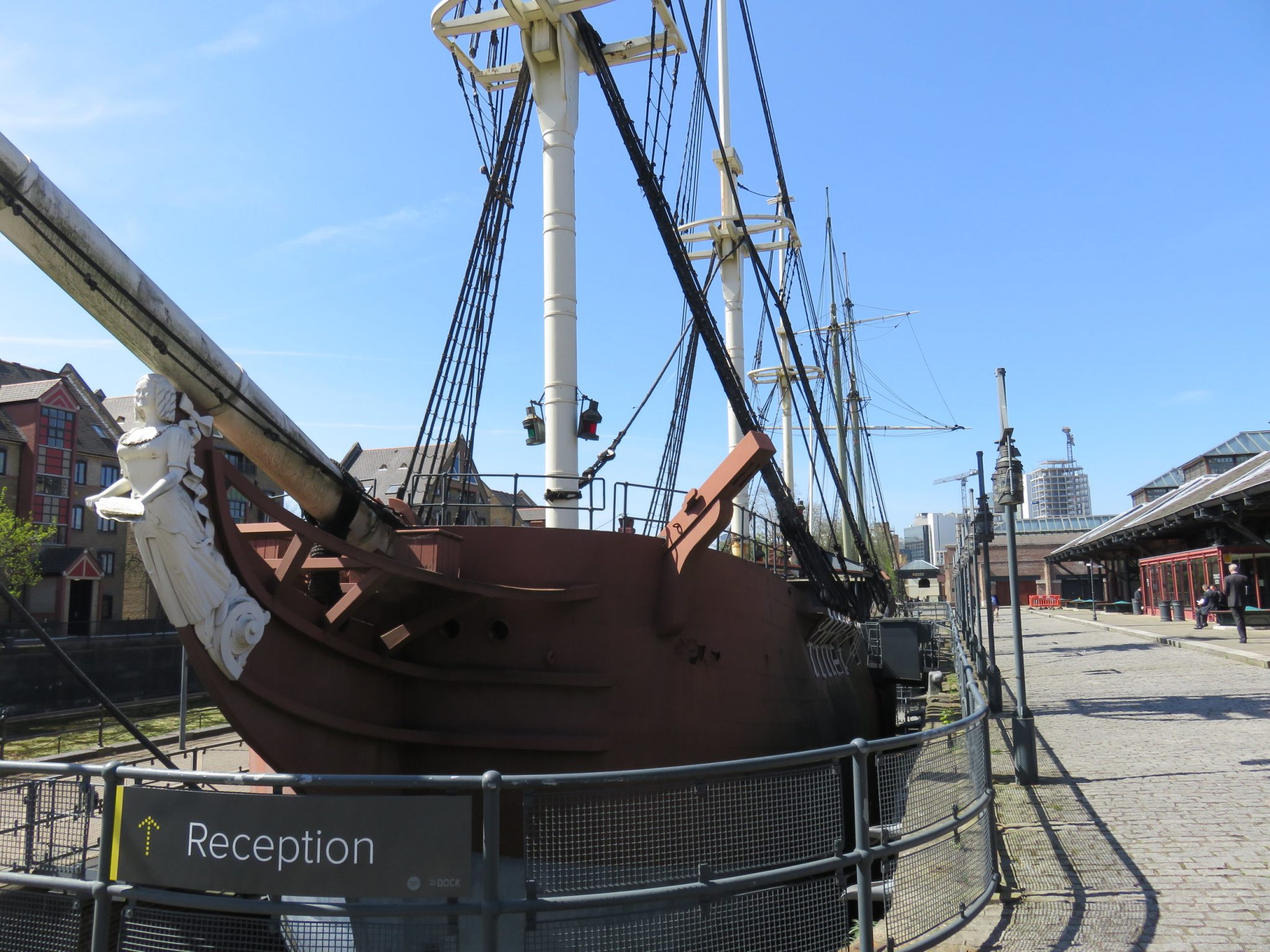 The sun shines on fintech at Tobacco Dock, London

Financial institutions are still nervous about APIs and security when the word “open” is discussed, was one theme from the Swift Business Forum London 2016.

More than 1,300 delegates were packed into Tobacco Dock, London for the sixth edition of the one-day event.

Yesterday morning’s sessions (20 April) were a mixed bag – “blockchain is a reconciliation revolution” was one talking point.

The afternoon had more panels, but also an award ceremony and a Brexit debate.

In “Open APIs – unlocking the potential of open banking”, Paul Taylor, CEO, Thought Machine, said: “When you use the word open, they [i.e. banks] get nervous about security.”

This is a challenge to overcome for business which are creating APIs; and who are also trying to promote a world of open banking. It seems the traditionally conservative banks still need to be convinced. It’s been like that for a while.

There is also more work to be done on transparency.

Ruth Wandhöfer, from Citi, says: “In Europe there is not the same level of co-ordination [compared to other regions] as to whether the customer is the owner of data.”

She says the situation is “murky” as customers don’t know what’s going on behind the scenes.

The moderator did ask whether the industry can get a standardised level of data for APIs.

No-one had a clear response and the panel had differing views on its value.

Taylor reminded everyone that “standardisation is not the opposite of innovation”. He feels it’s not an issue to worry about.

Following that panel, it was onto the winner of the inaugural Swift Institute Challenge.

Seven UK-based university student teams were asked to “identify a solution that would enable a bank’s customer to send money cross-border, via their own bank, to an individual in a country where there is little or no banking infrastructure”.

They pitched their ideas during the event and the winner was Hadu from Warwick Business School, who presented a solution targeted at delivering money to villages in Indonesia using NSDT (near sound data transfer) technology.

Harriett Baldwin MP, economic secretary to the UK’s Treasury, presented the students with a handy £15,000 and a paid-for trip to Sibos 2016 in Geneva.

When it comes to innovation in fintech there is no shortage of talent, whether young or old.

In, out, shake it all about 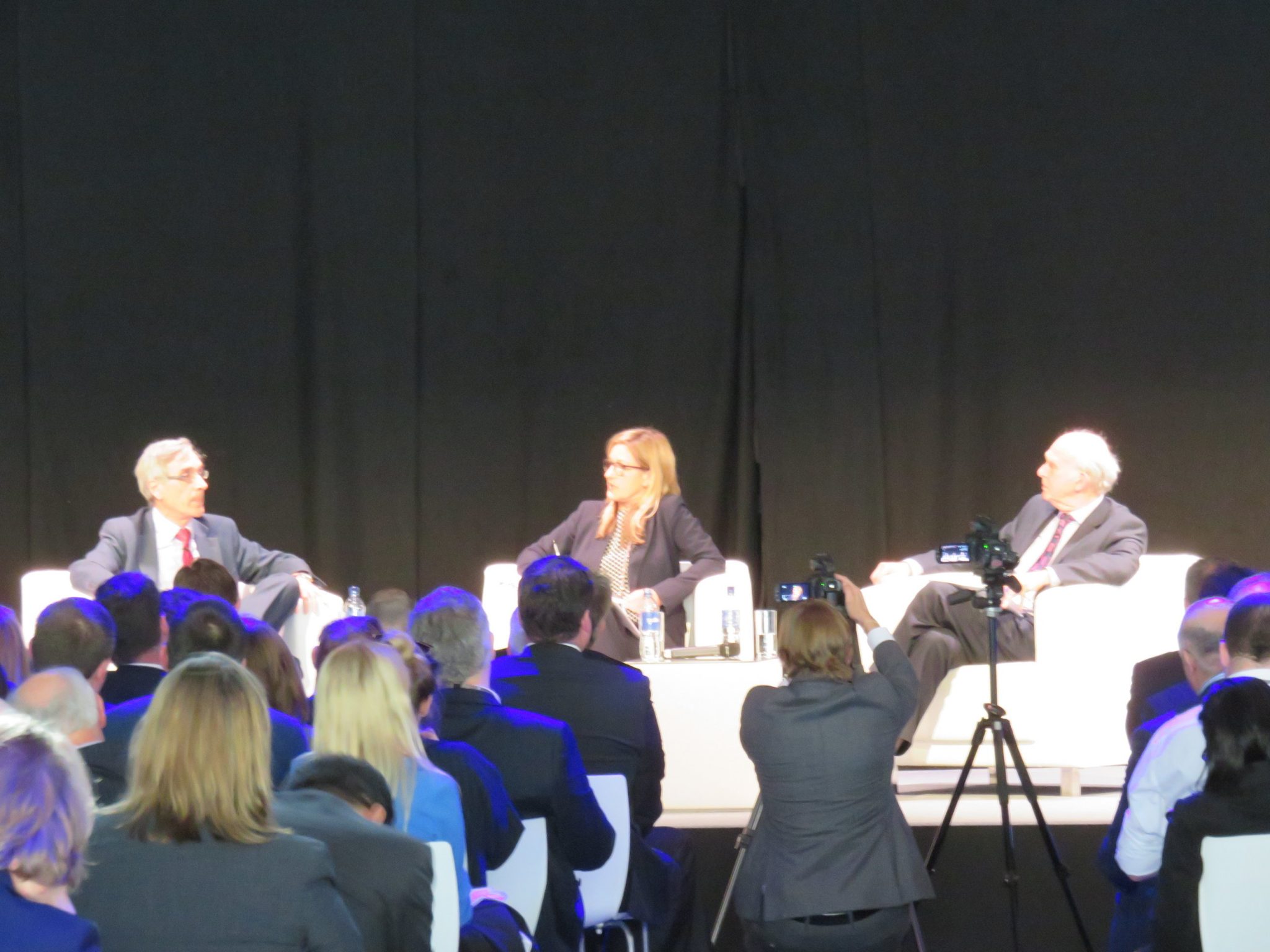 The final stretch was an engaging debate on Brexit.

The question was simple – “In or out: is the City [i.e. London] better off inside or outside the EU?”

Not a lot of fintech issues came up, but in summary Cable says an exit is a leap into the unknown, while Redwood believes leaving the EU means more control for UK.

Once the speakers had finished, a vote was put to the audience – 68% want to remain in the EU, while 32% want out. Perhaps not a surprise considering who was in the crowd.

With the Brexit discussion over, the audience voted 100% for another kind of exit. Namely onto drinks or back home.

The event went well. Despite the lack of room to move, the debates were pretty good and Swift had attracted plenty of big name companies and well known politicians.

The UK’s fintech industry can congratulate itself for the news and attention it consistently generates.