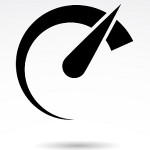 The system SIA is building for the Reserve Bank of New Zealand “electronically streamlines the settlements of large-value transactions between banks,” the two organizations said in a statement. The functions of the bank’s current exchange settlement account system will be incorporated into its replacement.

“Our preferred approach was to find and use an existing off-the-shelf system rather than build a new bespoke system. The contract with SIA achieves that goal,” said bank Deputy Governor Geoff Bascand.