MSB and FDH Bank to merge on Temenos’ T24 core system; Neptune’s Rubikon to be ousted 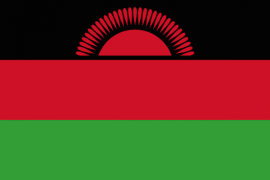 Sobhuza Ngwenya, group head of marketing at FDH, says that the core business strategy of the merged entity “towards achieving the top bank status” will be technology-driven. However, no branches are expected to close.

FDH bank has been using Temenos’ T24 core banking system for around five years. The plan is to upgrade from the current R10 version to R14.

Meanwhile, MSB is a user of Neptune Software’s Rubikon core banking system. It will be fully replaced by T24.

The merged bank hopes to be floated on the Malawi Stock Exchange within three years. To make it attractive for investors, the bank’s cost to income ratio must be reduced, says Ngwenya, from the current 89% to 60% within the first year.

Ngwenya says that the redundancy initiative has been undertaken in consultation with the regulators and other relevant authorities. There is a consensus that it is required as part of the business optimisation process, he adds.

FDH Financial Holdings’ CEO Thom Mpinganjira comments that “in matters of employment a job can never be guaranteed. It depends on performance.”

MSB was state-owned until last July, when Malawi’s government sold its 75% stake to FDH Financial Holdings. The deal attracted criticism from a number of politicians and civil society organisations.