Money20/20 Europe: ‘The Empire Strikes Back’ 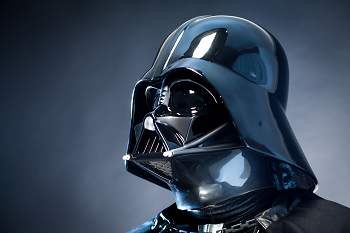 The relationship between banks and the startup fintech community has gone through various stages and may depend on your geography. But during an introduction of the three StartupPitch competition winners at Money20/20 Europe today in Copenhagen, Matt Harris, managing director, Bain Capital, likened the state of the fintech industry to the second movie in the original Star Wars trilogy—The Empire Strikes Back.

“Banks are getting frisky,” he said, pointing to aggressive investments and product launches to fend off would-be disruptors. At the same time, many banks and startups have realized that the road to success is one in which the two sides come together in partnership, he explained.

During a fireside chat with Liz Lumley, director global ecosystem development Startupbootcamp FinTech & InsurTech, HSBC’s Group Chief Operating Officer Andy Maguire said: “For everyone who’s trying to eat our lunch, there’s something to learn.” But he was skeptical about the prospects of traditional banks being displaced, largely because they have an infrastructure that “nobody could or would want to build today. Where people want to partner with us, that’s where it gets very interesting.”

The bar for uptime, security and compliance is higher for those partnering with financial institutions than other industries. Algorithms that are usually correct, aren’t good enough, Maguire noted. Banks have to be right and the system has to be reliable. “Just because something works for streaming music, doesn’t mean it will work for money,” he said. In addition, Maguire said global banks don’t want partial solutions or solutions that only work in one market. “I need whole answers, not bits of answers,” he said, adding that stitching multiple solutions together from a variety of providers is more challenging. But he insisted that HSBC provides “the largest sandbox in the world.”