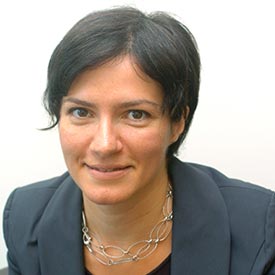 The blockchain (and bitcoin) industry welcomes regulations, but has to share the limelight with other digital currencies, as regulators look to deal with its rise and implications.

At yesterday’s (4 April) afternoon session, “Blockchain and digital currency: Regulatory perspectives” at Money 20/20 in Copenhagen, a panel discussed the burning issues of the day.

The talks began with setting the scene.

Donegan represented the Isle of Man, a self-governing crown dependency of the UK, and the small island has positioned itself as a finserv centre.

It clearly sees value in blockchain, but like any government, wants it controlled tightly.

Monaco, who was always lively and talkative, also sees the value in blockchain. But that was not always the case.

She says: “My company’s first contract was with blockchain and I was very sceptical about it initially. But at a certain point I saw how complex and interesting it is – and how many angles it has.”

Tasca notes that Deutsche Bundesbank is starting a new project at University College London (UCL) with blockchain. While few details were provided at the event, it does demonstrate how large banks want to tap into young academic minds.

The UCL story is perhaps another example of no one wanting to miss out on a potential trick.

Donegan never lost an opportunity for the hard sell, and notes that on the Isle of Man, “no one has lost a penny” when it comes to blockchain (and bitcoin).

However, for McGregor with an American viewpoint, regulations and the size of the nation are very different.

“Getting them to all share opinions on regulation is very difficult. The major concerns tend to be money laundering and financial crime, and each [US] state has its own regulator in charge of money transactions.”

She adds that even if the law is identical it could be interpreted differently.

Monaco wants to remain positive on regulations but is realistic.

She says the European Commission (EC) is looking at virtual currencies in terms of terrorism financing and the use of pre-paid cards. The latter obviously provide anonymity and the EC is “trying to understand how these instruments favour financing for terrorism”.

But Monaco notes the EC is also discussing the positives of virtual currencies – such as instant payments and clearing and settlement.

She says: “This is the first time I’ve worked for an industry that wants regulations.”

And the reason for this unusual desire is because the rules give the industry legitimacy, especially to the banks.

While there is a lot of talk about blockchain at Money 20/20 Europe, and elsewhere for that matter, Bailey has the final word about how much all of us really know.

“I’m sceptical about people who say they’re a blockchain expert.”

He feels there is too much going on, and too little known, for someone to profess a complete and innate understanding of its intricacies.

While this admiration for blockchain may seem to be everywhere, this is not quite the full story.

At times, the chat was just Moritz and Siemiatkowski praising each other, so no need to quote all that.

However, Moritz, with the comfort of immense and independent wealth, was at times open and engaging on the fintech industry.

Moritz adds: “Banks have no time to develop blockchain because they are too busy installing their ATMs.”

He also says blockchain is an “elegant proposition for mathematical textbooks, but not an actual solution for reality”.

Parts of the audience loved this honesty and his different viewpoints.

When asked by Hulgrave whether he believes in the blockchain hype, Moritz’s response is a simple “no”.