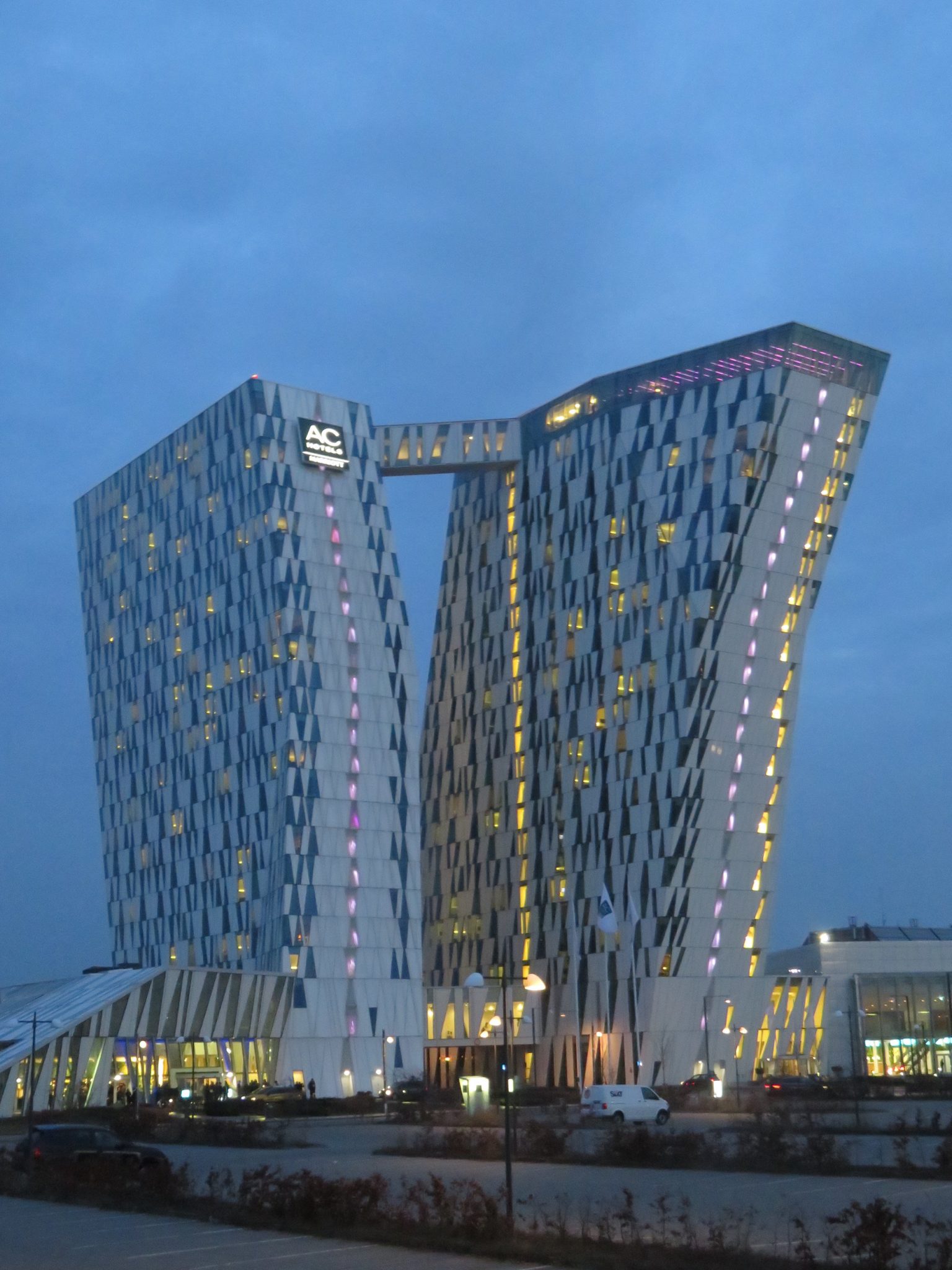 Here’s a round-up of yesterday’s (6 April) panel discussions and today’s (7 April) sessions at Money 20/20 in Copenhagen.

In “Biometric identity and its applications in financial services and payments”, on 6 April, it was a case of the panel moderator questioning the audience as the first step.

When asked if they had biometric authentication on their phones – 98% of the audience responded “yes”. As the panel pointed out, a few years ago this percentage would have been far smaller.

The panel noted that the finserv industry has to keep up with the automobile industry or the computer sector when it comes to biometrics.

Innovation on the whole is not driven by the fintech industry but by consumer choice and their interaction with Google, Amazon, and so on.

In this industry space the panel noted the cultural obstacles. In the US and Europe there tends to be a desire to remain anonymous and free from prying eyes –“people are concerned about their identity”.

But the panel gave an example from a South African village “where for centuries they did not have an identity”.

“Lines of people had formed as they were willing to provide fingerprints to the government, so they can get an identity and a ‘personality’.”

The rest of the discussion covered old ground or involved self-promotion, but a question from the audience asked if there are figures to show the success of biometrics in combatting fraud. Where’s the proof?

In a very roundabout way the panel were unable to provide the evidence or give a definitive and clear answer. Too many variables at play it seems to measure this effectively.

In a separate session “Identity, security and fraud prevention in mobile: The route to a secure mobile experience” (also on 6 April) some similar themes on biometrics were touched upon.

The most interesting observation came from the audience about the ineffectiveness of fingerprint identification technology.

“The UK is still a lousy place for this. You have to place your finger two or three times [on the device] and after a long transatlantic flight that’s a real pain.”

And this isn’t new as it’s “been going on for seven or eight years”.

The firms still have their work cut out in convincing the audience that biometrics are robust and reliable.

I drink your milkshake

In “Solutions for SMEs: A financial services goldmine”, on 6 April, the moderator did his best to challenge the panel but there wasn’t a goldmine of great quotes or observations to share.

The idea was to get the Danske Bank guy – playing for the major players’ team – to fight against the SME lending firms. That didn’t quite happen.

As we were in Denmark for the event, the panel observed that in the Nordic countries SMEs account for 60-70% of GDP and they are growing.

So the opportunity for banks and SME lenders to hand out money (and make money) is looking good.

The UK got a mention again for “being the most transparent of all regions” when it comes to the use of data.

From the big banks’ side of the panel it was made clear that “we cannot be the best at everything – and we need to open up for partnerships”.

It is also “too early to claim the death of universal banks” in the SME lending space.

Everyone knows how the traditional banks are under threat from new challengers, and one SME lender on the panel said “we play in the banking ecosystem”.

It’s an interesting take on how some of these new and agile players operate. They are using what the banks have created and cutting themselves lots of little slices of the lending market. 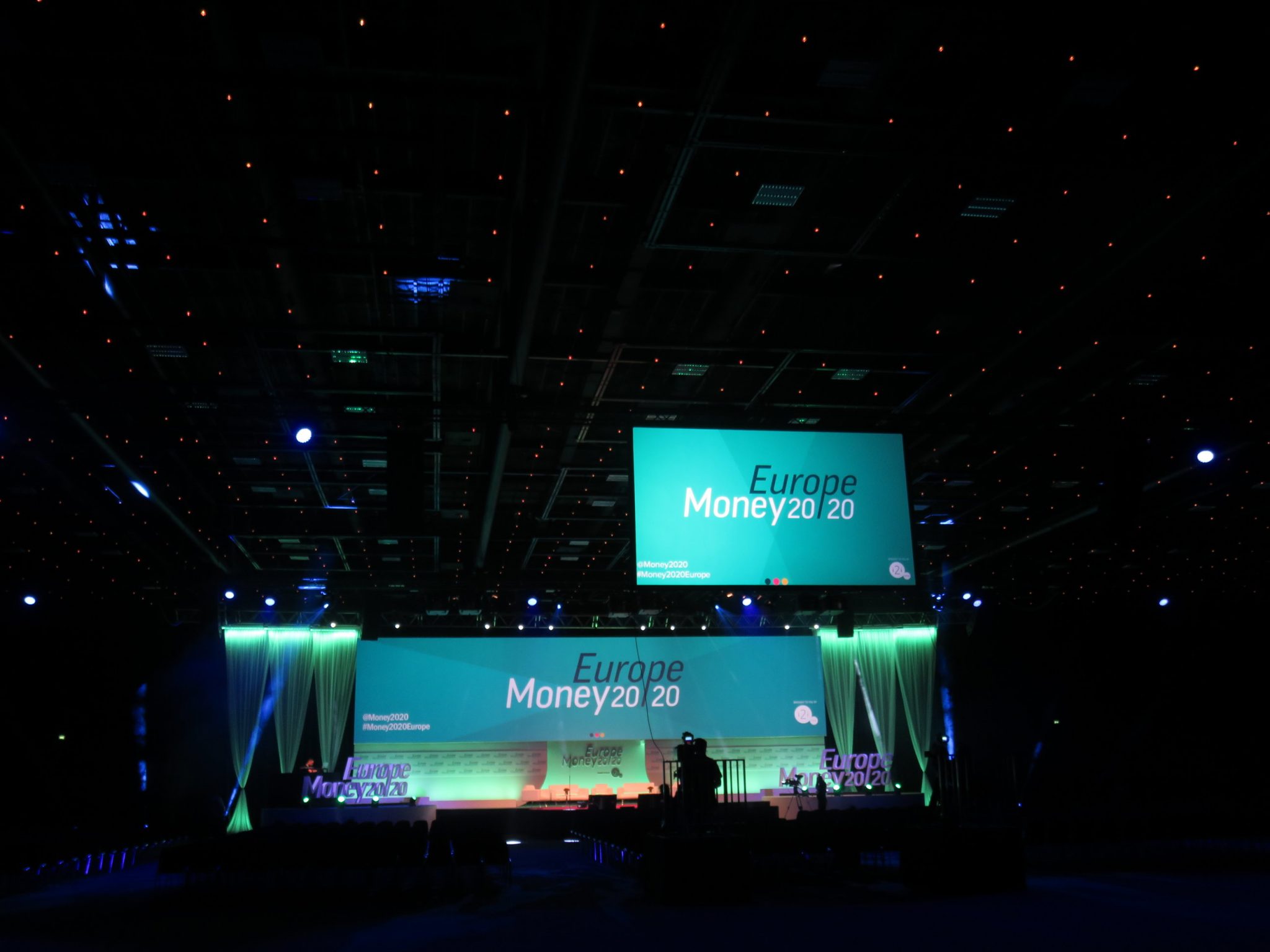 Today’s final session (7 April) was more a case of start-ups pitching or panels that resembled thinly-veiled advertisements. The former – well, good luck to them. The latter – they always come across as fake and stilted. Because they are.

The last day had no exhibition stands, and the first three days had the most action.

However, in a “VC power panel: Strategic vs. financial investment” the discussion on venture capital (VC) and fintech was pretty good.

An interesting statistic from the panel was that one in four of all VC deals globally are with fintech firms. Good news right from the outset.

The Samsung Europe representative was clear on their VC action for the present and future.

“We are investing in virtual reality [VR] headsets and this is the next big thing. Samsung is piloting VR with banks because millennials don’t like going to branches.”

An example was given where Starbucks would have a VR space for people to “engage with a bank in a novel way”. Not to be outdone, but in a different way, Citi is also piloting VR for its new trade desks.

When the moderator put it to the panel that “fintech firms are doing what banks should be doing”, this was dismissed by Santander as a “2015 way of thinking”.

The Santander panel member also pointed out “it’s no longer us versus them”.

It’s a fair point. At this event and at Sibos 2015 in Singapore, it was apparent that some of the big banks are looking at innovation or setting up innovation labs. They have got involved and woken up to the challenges.

The event’s debut in Europe was a success.

It was well-organised, in a nice city, and a good range of companies from across the world attended. The panel discussions were fairly good, but few individuals can be outspoken as they probably fear the wrath of their corporate masters.

There were some minor complaints from people at the exhibition stands, but this always happens at events. These ranged from lack of customers to how expensive everything is. (I heard the same thing at Sibos 2015 in Singapore.)

At times the internet was slow or simply down. That really needs to be sorted for next time.

Comparisons with Money 20/20 Las Vegas were made by some delegates. I wasn’t personally there for the US show, but that was seen as bigger and better.

Next year’s Money 20/20 in Europe will be Copenhagen again. Some attendees questioned this decision, but 2018’s destination has not yet been confirmed.

Well, Money 20/20 has the whole of Europe to choose from for when that show comes around.