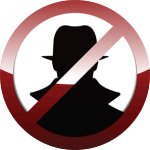 Mobile wallets could be a vulnerable target for fraudsters, a new report warns. Weaknesses in enrollment authentication and poor consumer behaviors are combining to make preventing fraud against mobile wallets a difficult proposition, according to “Mobile Wallet Fraud Mitigation: Finding the Path Forward,” released this month by Javelin Strategy & Research. According to the report, about 112,200 consumers suffered account takeovers—in which a customer’s account is added to a mobile wallet controlled by a fraudster—in 2015, and a spate of fraudulent enrollments in Apple Pay garnered headlines in the early part of the year. The vulnerability of mobile wallets could inhibit adoption, especially among certain consumers segments, including baby boomers and the affluent, who are more likely to avoid mobile wallets due to security concerns, according to Javelin.

“The digital compromise of a mobile device will become an irresistible attack vector for cybercriminals bent on mobile wallet fraud,” said Al Pascual, research director and head of fraud and security, Javelin, and co-author of the report. “The next security threat will come from the interception of SMS-based one-time passwords used for enrollment in a third-party wallet app,” he predicted. The report, which is based on two surveys of a combined 8,300 U.S. consumers, outlines technology solutions and analytical approaches that hold the most promise for preventing mobile wallet fraud.