Keeping up in a Faster Payments world 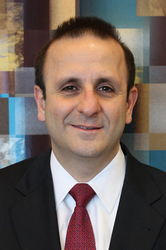 Sarkis Akmakjian, Accuity: “We are still far from having faster payments in place globally”

Faster payments is one of the more pervasive topics in almost any global payments conversation. And if you look at key countries like Singapore, the US, and Australia, it may seem to be more than just talking. Additionally, many countries are improving their infrastructure to clear payments in the same day or already have domestic real-time systems for high-value payments.

While these infrastructure updates are exciting, we are still far from having faster payments in place globally. Despite the growing pressure for real-time, there are still significant challenges to overcome. Fortunately, as we look ahead, innovation will continue to characterise the payments space, and drive us closer to a truly faster payment reality.

The State of ‘Faster’ Payments

There are various levels of adoption to faster or real-time payments infrastructures around the world. The UK has the Faster Payments service, Singapore has G3 and Australia the New Payments Platform, to name a few. Also, many countries already have domestic real-time systems for high-value payments, though they are yet to facilitate ones for faster low-value payments.

Driving this demand, there is a general feeling that faster payments should already be possible. The ever-burgeoning e-commerce activity, which is ‘always-on’ and instant in nature is a driving force for quicker settlement times in order fulfilment. There is also an increase in the volumes of peer-to-peer lower value online transactions driven by mobile payment services.

Corporates too are pushing for better payment related services from their banks. They want payments cleared in narrower reliable time frames. Certainly, what is behind this motivation is better visibility on cash at hand, a key concern for the corporate treasurer. Banks benefit too, because there is a potential reduction in risk exposure because of more frequent settlements.

Though many nations are feeling added pressure to keep up with this ever growing demand, the United States is somewhat surprisingly behind when it comes to payments velocity. However, it is worth recognizing that the US is an extensive country with a large network of nearly 18,000 financial institutions. Of course, nations with smaller bank networks, such as Australia and Canada, can often be more agile.

Fortunately, progress is coming for the US– as early as this year. The US took a big step when the Federal Reserve announced the formation of a taskforce to get faster payments underway last year. Its remit is ‘to identify and evaluate alternative approaches for implementing safe, ubiquitous, faster payments capabilities in the US.’ This has been realised with same day ACH which is planned to take place in September 2016.

Looking outside the US, Norway, China, and Brazil also have plans to progress towards faster payments in 2016.

Despite the increased demand, there are several challenges that still need to be overcome for global faster payments. First, there is a degree of resistance from traditional banks. This is partly due to the corporate inertia often suffered by large, multinational institutions in the face of change. Massive work needs to be done on their part in order to make faster payments happen, which is why some are stalling. Banks also prefer to maximise their settlement float.

These issues aside, there are other challenges of a more technical nature. The payments industry legacy infrastructure was not built to be scalable for such an innovation. Real-time settlement would mean that all aspects of national payment systems would need to be changed in order to facilitate single-transaction based clearing, as opposed to the current batch-based clearing process.

Cross-border transactions are even more challenging. For faster payments to happen, countries need to build new domestic infrastructure that suits their needs and requirements. At the same time, that new infrastructure has to be compatible with the global payments infrastructure if the desire is to make faster payments across borders. This will require a substantial amount of cross-national consultation and collaboration.

Furthermore, the new technologies needed for faster payments are not yet mature. We do not yet know enough to determine the accuracy, quality and availability when settling high volumes of transactions. This creates a level of uncertainty that is typically uncomfortable for traditional banking institutions. At the moment, there is familiarity with systems such as the SWIFT network. However, once banks start imposing a real-time layer on systems, there are some unknowns. What can these systems handle? Will they be robust enough? What are the breaking points? These are all big questions that financial institutions will want a level of surety around before taking the next step.

Although faster payments has been on the table for a long time, there is still much that needs to be addressed before it becomes a global reality.

Despite these challenges, it is ultimately only a matter of time before faster payments is realised globally. The groundswell in demand and expectation will soon bring about a tipping point when banks can hold off no longer.

Yet it may not be the banks or even government taskforces who are most influential in establishing global faster payments. There is a strong likelihood that FinTech firms will end up disrupting the traditional banking model of payments, moving the game onto real time. The current availability of new technologies, like public ledger/blockchain that may help facilitate real-time settlement, means that there are already alternatives to traditional bank settlement services. Real-time payments is not intimidating to these innovators.

However that does not mean that banks will leave the game. Rather, many acknowledge the nimbleness of FinTech companies and are providing capital and experience to propel these innovations. In fact, it is hard to find a bank that doesn’t have a VC fund, incubator or accelerator. As banks recognise their inherent limitations as the incumbent in the face of the dizzying pace of Fintech innovation, many utilise an ‘if you can’t beat them, join them’ approach.

At this point though, as more countries build faster networks and FinTechs continue to drive innovation, it is clear that it is not a matter of if we will have faster payments, but more importantly, how and when.