Cash continues as the only option – but hold the phone, don’t you recognise me? 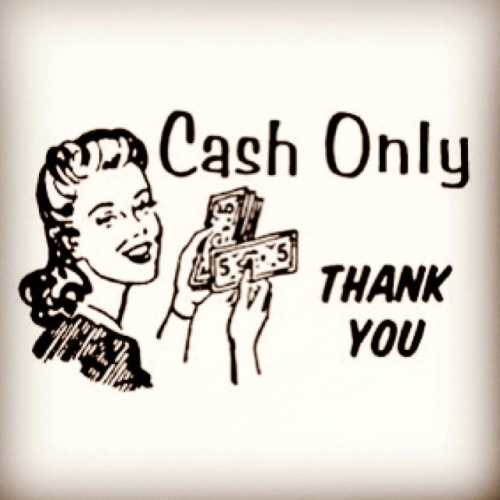 Richard Buckle, Pyalla Technologies: “Any business plan that overlooks the harsh reality that there will always be industries and markets that only accept cash is being very shortsighted.”

As I waited today for the barista to fill my coffee order I picked up the local newspaper; jumping right off the page was the headline, “9 Businesses that are still cash only”! (This was a reference to an article by Laura Woods on the Go Banking Rates website on 2 April 2016.) Of course, this not only grabbed my attention but had me thinking about cash only industries for the rest of the day. A little humorous, in some respects and a little off the wall in other respects, but it surely is a sign of the times if writers like Woods name just nine businesses.

This could have been just another story, but for the fact that less than an hour later my wife, Margo, asked me to use my debit card at the supermarket and withdraw an extra $60 in cash. She had just confirmed an appointment at her favorite nail salon and yes, all the ladies performing the task only took cash. So of course I pulled the extra cash from our account – there’s no safe way to return home if my wife’s requests aren’t met.

What tops the list of nine businesses that are still cash only? Not surprisingly, it leads off with nail salons, followed by smaller restaurants, vending machines, parking meters, food trucks, laundromats, arts and crafts show vendors, babysitters, and yes, naturally, Christmas tree lots. Now, before commenting further on this list, I have to admit I live in Boulder, Colorado, which is a little more liberal than most towns in Colorado, indeed, more than much of the rest of the US.

Often referred to as the independent republic of Boulder, there are some businesses I can remove from the list even as I can quickly think of one more blossoming after recent changes to the law, but I will leave further comment on that for a later post. However, when it comes to parking meters, smaller restaurants and the arts and crafts show vendors, the list looks rock solid.

And as much as we like to discuss the tremendous progress we all are witnessing with the global phenomenon surrounding smartphones and tablets, mobile phones becoming the strongest and yes, most likely candidate to replace the need for cash, isn’t quite the given it appeared to be only a year or so ago. Just how many times have we heard the message that this year will be the year of mobile payments?

At the recent ATMIA US Conference in New Orleans it was Tom Harper, president and CEO, Networld Alliance, who led off his opening remarks with, “Every year for the past five years, it has been the year of mobile payments. But, even with the advent of Apple Pay and the like, (the take up of) mobile payments has been slow with lower (than expected, real world) usage.” I referenced Harper in my previous post but I do find his observations are very much to the point even as I acknowledge that he is never short on opinions.

“There’s just not a perceived advantage to move to phones and away from cash,” Harper explained. “There’s just not the need as everyone first thought.” Ouch; will it shock any of you that I am now leaving my mobile phone at home more often than I am taking it with me, much to the chagrin of my wife. Not out of pigheaded stubbiness, but I have long since lost my love for the darn thing – it’s a distraction in the car and I simply don’t want to do email while I’m sipping on my latte.

Messaging? Give me a break, and no, this isn’t a generational thing either. I have been a gadget guy for a very long time. Yes, it was with great reluctance that I didn’t pull the trigger on a $750 purchase of a HP watch (remember HP introducing those watches?) with a built-in calculator on the band. It was 1976 and I thought it was such a cool piece of jewellery and my first run-in with wearable technology. The only real need that I have for my iPhone is to respond to calls from my wife to withdraw the extra cash at the supermarket!

Any business plan that overlooks the harsh reality that there will always be industries and markets that only accept cash is being very shortsighted. Furthermore, and on a more serious if frightening note, any business plan that overlooks the even harsher reality that given the flirtations going on with negative interest, there are many within our society simply putting cash under the beds! So the question is fast becoming – if mobile payments, including those made out of our mobile wallets, are a bust, then what?

Enter big data and, in particular, data stream analytics that scours our every transaction detecting patterns and making predictions as to what we do next. Might our mere presence anywhere near a business be all that is needed to complete a transaction – no cash, no cards, no phones, no wearables. Just us as unique individuals recognised by the business we are transacting with instantly and approved based on who we are and the patterns we have established. No passwords, no PINs, and yes, no pain!

My wife always visits the same nail salon. She always has the same attendant and has her nails painted with what looks to me the very same color. What is more recognisable than that and at some point, just saying her name will complete the transaction – no registers, no bills and yes, no phones! As I wrote that and asked my wife to edit my blog she pointed out to me it is already happening, and has been done in villages in Europe for years.

She went to have her nails done just a few months ago and forgot to bring cash! The shop folks told her she is as good as gold and to come back to pay when it’s convenient! She said it happened more than once back in Warsaw, Poland, in a bread shop where she shopped every day – if she did not have cash on hand she just came back to pay the next day. Personal recognition! Staying in character!

Now fast forward and yes, think smart beacons, for instance, and their ability to identify us simply by our actions. Probably more secure than any other option we have today but more importantly, particularly with freshly painted nails, absolutely no need to go diving into bags or briefcases for that darn phone. When the need for cash does finally end many years out wouldn’t it be nice to think the sensor being recognised is just us? I think we can all accept that there will be value in being able to do just that!