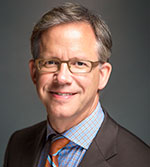 The Canadian Payments Association (CPA) has adopted ISO 20022, as it looks to modernise Canada’s payment system.

Gerry Gaetz, president and CEO of the CPA, says ISO 20022 will “enable the Canadian financial community to provide better service, both domestically and across borders, to their customers”.

The CPA says recent research indicates that cost savings from the adoption of ISO 20022 could be as high as $4.5 billion over five years from the reduction in cheque volume alone. In 2015, nearly one billion cheques were written in Canada.

The CPA says: “Though hard to quantify, the full financial benefits of ISO 20022 are expected to far exceed that figure.”

ISO 20022-enabled messages and rules for automated funds transfers (which include payments such as direct deposits and pre-authorised debits) are now available for implementation in the market and are the result of nearly two years of work by CPA with financial institution participants and stakeholders.

The approach for the large value transfer system (LVTS) and electronic data interchange (EDI) will follow at an unspecified date.

The CPA says it is leading ISO 20022 with a “market-driven approach” to adoption. As implementation proceeds, the CPA will work with financial institutions, businesses and stakeholders to determine appropriate end dates for adoption. Similar to how remote cheque deposit capture is being implemented, the CPA will support ISO 20022 adoption with research, industry consultation, education and training.

There have been other recent developments concerning ISO 20022.

ISO 20022 Registration Management Group, the senior global registration body, has approved the ISO 20022 message guidelines – they have now been published.

The new guidelines were developed by the ISO Real-Time Payments Group (RTPG) and facilitated by Payments UK, the representative of the country’s payments industry.

The new RTGS platform, SIC4, was introduced with the euroSIC system on 16 April 2015. The new SIC system went live on 14 April.