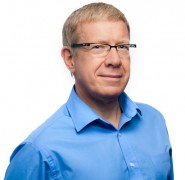 MasterCard’s planned acquisition of VocaLink has the potential to create a new payments powerhouse in Europe and beyond. Tom Hay, head of payments, Icon Solutions, explores the possibilities.

The news of the planned acquisition broke a few days after the Payment Systems Regulator’s (PSR) recommendation that banks divest their ownership of the company. I’m sure the timing is not accidental, but it is, at best, a peripheral reason. The reality is that VocaLink has been looking at M&A opportunities long before the PSR was created. I’m not thinking of the merger between Voca and LINK, which was largely thrust upon them to facilitate development of the Faster Payments system – LINK brought real-time technology to the deal – but to opportunities outside the UK.

VocaLink knows that payments processing is a scale game, and having a virtual monopoly in the UK, the only way to drive further scale is to pick up some of the volumes in mainland Europe and beyond. It tried to enter Europe with a SEPA CSM offering, which never got traction and had to be shuttered. The company learnt the hard lesson that success in Europe would need an established partner, and its partnership with BGC to outsource Sweden’s Autogirot system was successful. That’s why VocaLink had previously been courting SIA who provides the technology that runs EBA’s SEPA system. Its international ambitions has been further boosted by the Faster Payments deal with The Clearing House in the US.

What does MasterCard stand to get from the deal? The Bacs system is a cash cow, but MasterCard would not acquire VocaLink simply for that revenue stream. I think there are two items of real value that MasterCard wants to acquire.

The first is VocaLink’s Immediate Payments System, which is live in Singapore and which forms the basis of VocaLink’s solution for US Faster Payments. This would give MasterCard a presence in non-card payments, and its global reach and network of banks would drive a level of market penetration that VocaLink could never achieve unaided.

The second jewel in the crown is the Zapp system which enables cardless merchant payments across the Faster Payments rails. Zapp has been struggling to achieve ignition, and MasterCard’s backing could provide the boost that it needs to get it across the line. This would give MasterCard a new route into UK debit payments, which Visa has dominated for several years now. As real-time payments rolls out across the globe, a Zapp-style overlay could drive huge transaction volumes, dwarfing the mobile P2P payments that now forms a de rigueur part of real time payment offerings.

As real-time payments become “the new normal” we may finally be seeing the convergence of card payment networks (which with the rise of e-commerce, m-commerce and tokenisation increasingly do not involve cards or even card numbers at all) with non-card payment networks. A global MasterCard network offering real-time payments of both types would be a force to be reckoned with. It would simply bypass the SCTinst interoperability issues that EACHA is currently struggling to resolve and provide a truly global real-time high volume payments network. If the acquisition goes ahead, EBA and SWIFT need to watch out – and Visa had better think hard about its strategy too!

I guess the PSR is now pondering the old saying, “be careful what you wish for”. While a MasterCard acquisition would tick the box of bank divestment, it would not necessarily achieve the PSR’s ultimate goals of increasing innovation and competition. If MasterCard’s aim is indeed to acquire IP for use in mainland Europe and the US, refreshing and opening up the UK’s domestic payment systems will be low on its list of priorities. So whilst the current bank ownership of Vocalink is not an ideal solution, it wouldn’t surprise me if the regulator were to decide that it’s less bad than the alternative of having the UK’s systemically important payment systems controlled by a US-based for-profit company. In which case the banks could sell the innovative parts of VocaLink to MasterCard and leave a rump company to operate the legacy domestic clearings.