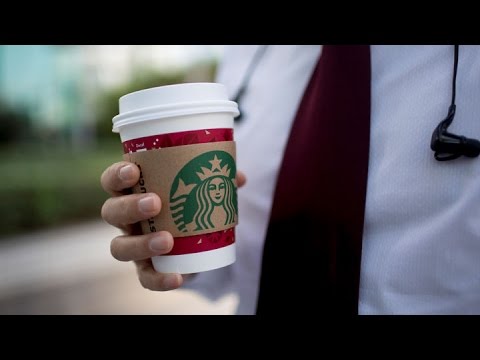 Starbucks plans to add another prepaid card to its popular loyalty program, enabling members to earn points for purchases made at other retailers. Announced at the coffee giant’s annual shareholder meeting, the Starbucks Reward Prepaid Card is issued by Chase and runs on Visa’s payment network, meaning cardholders can use the card anywhere Visa is accepted and earn loyalty points for Starbucks. The reloadable card will be launched by the end of the year, with customers able to apply online or through the Starbucks mobile app, the company said.

For Starbucks, adding an open-loop prepaid card expands upon previous deals with The New York Times, Lyft and Spotify to offer Starbucks loyalty points—known as “stars”—as incentives to their customers. Earlier this year, the company revamped how it awards stars, changing the format so customers earn two stars for each dollar spent, rather than one for each store visit. It’s not yet clear how Starbucks will award points for purchases made with the prepaid card, but company COO Kevin Johnson said stars would be awarded at a lower rate for non-Starbucks purchases, according to an AP report. The card will have no monthly service or reload fees, the report said, citing a Chase spokesperson.

Starbucks and Chase have worked closely together since a subsidiary of the bank replaced Square as Starbucks’ in-store payments processor last year. In February, Chase announced that Starbucks would support the bank’s Chase Pay mobile payment service upon its release later this year. Starbucks’ loyalty program could be a valuable prepaid distribution channel for Chase; the program currently has more than 12 million members, up 1 million over the past quarter, according to Starbucks.