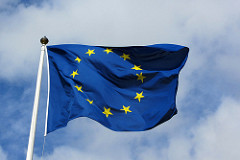 The Payment Services Directive (PSD) legislation was adopted in 2007 with the objective of making cross-border payments across the EU as easy, efficient and secure as “national” payments within a member state. With the arrival of PSD2, the trend of digital innovation in payment will accelerate, states Antony Bream, UK managing director at Crealogix.

The original Directive provided the legal framework for payments within the EU and has brought substantial benefits to the European economy, easing access for new market entrants and payment institutions, and offering more choice to consumers. It offered economies of scale and helped the Single Euro Payments Area (SEPA) in practice. The PSD enabled more transparency and information for consumers, cut down execution times, strengthened refund rights, and clarified the liability of consumers and payment institutions. With the legislation in place, payments have been securely, easily and quickly made throughout the EU. The PSD has been a key enabler in the recent “fintech boom” in Europe.

After 2007, new payment services and service providers have emerged which are not covered by the existing Directive. Such new players include non-bank Payment Service Providers (PSPs) that make it possible for consumers to pay online purchases through their online accounts instead of using credit cards, for instance, Apple Pay, Google Wallet, PayPal and Stripe.

On 8 October 2015, the European Parliament has approved on the revised Payment Services Directive (PSD2), which widens the scope of the PSD by covering new services and players as well as by extending the scope of existing services.

Under PSD2, banks and other PSPs must give so-called payment initiation service providers (PISPs) access to their customers’ accounts so as to facilitate transactions ordered at the customers’ request. However, in return, PISPs must observe a number of data security obligations and takes on certain liabilities in relation to any unauthorised transactions it is responsible for. And enabling account access by ‘third-parties’ obviously triggered a lively debate on Application Programming Interfaces (APIs).

In the past decade, APIs have become the de facto paradigm for sharing data, and have enabled organisations that hold large amounts of data to become platforms for third-party innovation, without human intervention. Large platforms such as Google, Twitter and Facebook offer APIs to third-parties for login or for initiating messages. In the payment space, PayPal has pioneered external APIs since 2010 on the basis of which a whole new ecosystem flourished. Now amplified through PSD2, APIs are becoming a pan-European business topic for bankers requiring incumbents to adapt their business and operating model to remain relevant in the digital era.

In the UK, the government is committed to creating open application programming interfaces (APIs) for banks to help modernise the financial sector and improve customer services, as well as putting pressure on incumbent lenders to innovate quicker, since the financial sector has lagged behind other industries in adopting new technology.

The reforms are necessary to open up the market to digital disruptors, and PSD2 is not just another regulation requiring only an operational and compliance approach by financial institutions. Senior management in banking will be strongly challenged on vision, decision-making and execution capabilities, but there are also opportunities for incumbent banks and payment service providers to expand the nature of their existing services.