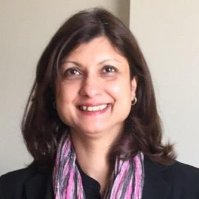 Pakistan-based NIB Bank is the first to upgrade to the latest release of Temenos’ T24 core banking system – making a big leap from R7 to R15.

Ammara Masood, president and CEO at NDC, says the bank is the “first client” to go live on R15.

Adnan Siddiqui, head of PMO and product support at NIB Bank, says the upgrade was “successful”.

NIB Bank is one of the largest foreign banks in Pakistan. It was formed in 2003 after the merger of National Development Leasing Corporation (NDLC) and IFIC Bank. It has a presence in 52 cities in Pakistan, and has over 170 branches which are connected online.

A week ago, Pakistan’s MCB Bank expressed an interest in buying NIB’s operations, according to a filing with the Pakistan Stock Exchange.

No formal merger or purchase has been announced yet.

Temenos has had a number of takers in Pakistan for T24.

Soneri Bank president and CEO Mohammad Aftab Manzoor, says: “With this technological transformation and our mission to provide innovative and efficient financial solutions, we aim to uplift our customer experience to international standards.”

Temenos’ MD for Middle East and Africa, Jean-Paul Mergeai, says this is the vendor’s tenth signing in Pakistan.

Other users of T24 in the country include long-standing customers Allied Bank, Meezan Bank, Bank Alfalah and JS Bank.

A more recent addition is Samba Bank, a subsidiary of a Saudi financial services group, which signed for T24 last year. Its parent has been working on its own T24 project in Saudi Arabia for a number of years already.

However, the vendor has recently lost out on a contract with Summit Bank in Pakistan to rival Path Solutions.