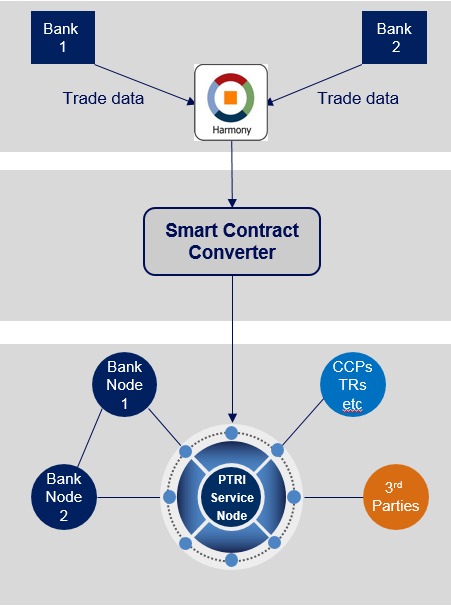 Jenny Knott, CEO of ICAP’s PTRI division, says it has demonstrated one of the “first real world applications of distributed ledger technology that has the ability to significantly transform the post trade landscape”.

The smart contracts were then distributed to nine representative participant nodes on the blockchain network, where trades were permissioned for additional services such as valuation, compression and reporting. (See image above.)

ICAP says the proof of technology demonstrated the potential to provide a “common golden source” of user transaction and reference data cross asset, and securely code messages to be viewed only by permissioned participants.

Over the coming months, the PTRI business says it will discuss with participants how they can access the new golden data source.