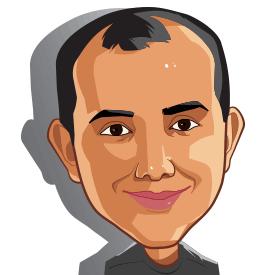 Pali Bhat, Google – so trendy, he has this on LinkedIn

The app, wait for it, is called Hands Free.

Pali Bhat, senior director, product management at Google, says in a blog post: “Imagine if you could rush through a drive-thru without reaching for your wallet, or pick up a hot dog at the ballpark without fumbling to pass coins or your credit card to the cashier.”

It is very much in the early stages of testing and Google is now inviting people in South Bay, San Francisco to try it out.

The background to this innovation lies with Android Pay. Since its launch, it has averaged 1.5 million new registrations each month in the US alone and there are now over two million locations that accept tap and pay.

Its ambition is to bring Android Pay to more countries and a “growing” list of stores and apps. At the same time, it also wanted to “explore what the future of mobile payments could look like”. As part of this drive, Hands Free was born.

It is currently available on Android and iOS devices and is rolling out to a small number of McDonald’s, Papa John’s, and local eateries in South Bay.

Once the app is installed and set up, Hands Free uses Bluetooth low energy, Wi-Fi, and location services on a phone to detect whether a person is near a participating store.

When ready to pay, the user can tell the cashier: “I’ll pay with Google.”

The cashier asks for the person’s initials and uses the picture added to the Hands Free profile to confirm identity.

Google says at “select” stores, it is also in the “early stages of experimenting with visual identification so that you can breeze through checkout even faster”.

This process uses an in-store camera to automatically confirm identity based on the Hands Free profile picture.

All images captured by the Hands Free camera are deleted immediately.