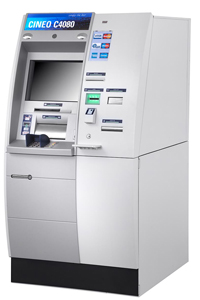 BBVA is upgrading its ATM network with Wincor Nixdorf’s CINEO cash recycling systems to enable banknotes deposited by customers to be reused for cash withdrawals.

It says this “restriction has been resolved” and ATMs can now supply themselves, which will “significantly reduce” the time spent waiting for cash refills.

To implement this project, BBVA worked with Wincor Nixdorf, which will roll out CINEO 4080 recycling machines at various different branches of the bank during 2016.

Manuel Crespo, head of digital banking and channel technology at BBVA Spain, says: “We are moving forward with our omnichannel strategy, making them another window to the bank, which our customers can use to work with their products, when, where and how they want.”

At the same time, software “improvements” have been made to all BBVA ATMs.

BBVA says the new ATMs offer a range of functions that make them “unique” in the Spanish market.

For example, when customers insert their card, they can see and access almost all of the products they have signed up for, not just the ones linked to that card.

The bank says banking services can be accessed in other ways apart from BBVA ATMs, such as mobile phone and the Internet.

Current accounts are displayed using the alias selected by the user, so there is no need to memorise IBAN numbers. As such, the bank says cards are “just one tool for accessing the bank, but not the only one”.

Users can access their products by touching a contactless card, and this will soon also be possible using mobile phones with this technology.