APEX: How to Win the Hearts of Regulators 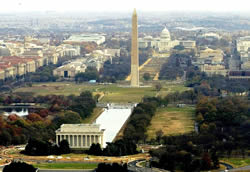 Monitor the media. And write lots and lots of letters. Those are among the tactics that can put payments and fintech companies ahead of the curve when it comes to anticipating, crafting and benefiting from federal government regulation, according to Natalie Diana, senior counsel with the U.S. Treasury Department’s Bureau of Fiscal Services.

For attendees this week at the All Payments Expo in New Orleans, Diana offered a best practices list that can help companies “get what they need” from regulators. Among the tips: Submit comment letters, as the agency is required to “consider public comment,” she said. Those letters can be form letters—quantity does count. And letters from trade groups and other organizations carry more weight than communications from individuals, she said.

Companies hoping to have a greater say in regulation first need to “identify their objections” before launching a campaign—seemingly basic advice but among the tips that commanded the attention of the room. For instance, is a company interested in a new rule or in gaining an exception to an existing or proposed one? Does a company intend to stall the rulemaking process? Does a company seek informal or formal guidance from regulators?

She also gave advice about how to avoid unwanted regulation. First, self-regulation by the industry can prevent new rules from the federal government. Second, building up goodwill with regulators by working cooperatively with them does pay off. Third, paying close attention to media reports usually proves very useful. That’s because, she said, two major stories in, say, the Wall Street Journal that highlight a particular problem will often light a fire in the regulatory world and start a rulemaking process.