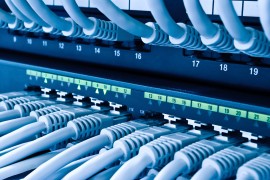 To succeed as a startup hub Switzerland may need to focus on developing a hub for senior entrepreneurs within the financial industry. That is one suggestion stemming from a new report into the country’s capacity to become an innovation hub for fintech firms, published by consultancy EY and the Swiss Finance and Technology Association, entitled ‘Swiss FinTech Report 2016: The role of Switzerland as a FinTech hub’.

As present there is relatively low levels of funding for start-ups in FinTech-relevant areas such as finance and information communications technology (ICT), the latter having owned 49% or 44 financing rounds in 2014 according to the report, but only taking CHF86.3 million (US$86.7 million) of funding (18.3% from approximately US$470m), meaning that the ratio of funding per round is rather small compared with other sectors in the country.

The country is engaged in direct competition with other financial hubs in Europe and elsewhere, however it has taken a major hit with the loss of banking secrecy, making the encouragement of fintech innovation a potential source of reinvigoration.

“Banking secrecy, probably one of the main factors that have made the Swiss financial services industry what it is today and a major element of the Swiss value proposition as a financial centre, has been significantly eroded in recent years,” write the report’s authors. “This development has not only directly impacted efforts to generate new business, the underlying regulatory requirements have also tied up the industry’s resources in recent years and the fallout has tarnished Switzerland’s reputation as a financial centre.”

The economic and political stability of Switzerland might be important for founders aged 55 and older, as they invest a portion of their assets and need to secure their retirement benefits. As they do not require the same level of risk support that young entrepreneurs require – somewhat lacking in Switzerland’s risk-averse environment – the report makes the case that they would be a good prospective target for the country as it tries to encourage greater levels of fintech investment.

“As senior entrepreneurs are typically able to finance the early stage without assistance and are often well-connected, they do not depend on Government and institutional support in the same way as young entrepreneurs without assets to invest,” it reports.