Trader voice – the last bastion of the old world 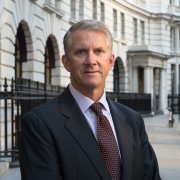 If you’re old enough to remember IBM being a giant in the computer networking business, you will certainly remember how Cisco disrupted its world. At one time IBM had approximately 35% of its total revenue coming from licenses generated by their networking products. Cisco came along and dramatically reduced IBM’s cash cow by allowing enterprise customers to rid themselves of a hardware-centric, proprietary, single purpose, expensive solution, writes Patrick McCullough.

At the end of the day, Cisco, along with other tech companies who had the technology to remove this massive proprietary installed base, changed the world of computer connectivity in a revolutionary way. What disrupters like Cisco and Wellfleet provided was faster, standards-based, software-oriented (rather than hardware-oriented) and higher value (i.e. lower cost) technology. Technology really did disrupt the market.

Today, the trader voice environment is going through a similar disruption. The largest vendors in the trader voice market are now in a similar position to IBM in the late 1990s. Their solutions are proprietary, expensive to maintain, and lacking true open integration, limiting the banks’ ability to pick the best-of-breed products for their user community. The shift from proprietary to standards-based, from hardware-oriented to software-oriented, from expensive to high-value and from closed to the best available technology approach are at the core of the disruption in this last bastion of voice technology – trader voice.

The market disruption is being driven by large financial institutions. Technology and business leaders in the largest global financial services firms feel constrained with the systems they have today. In most cases their strategic direction for voice cannot be applied to their trader voice environments. For example, let’s say a major global financial services company chooses Cisco Systems for enterprise-wide voice, providing the PBX and phones. If this firm now wants to build a trading floor using either of the two market leaders for trader voice, they would not be able to use either the Cisco phones or PBX. The reason? These providers offer proprietary solutions which do not integrate with Cisco, or indeed anyone else, forcing the traders to use a completely different system to get the functionality they need. This is one of the biggest frustrations for COOs and CIOs in charge of the trading floors. Not using the highly-reliable voice and collaboration standards used by the rest of the firm requires an additional layer of support, and causes management, analytics, reporting and compliance headaches. This disconnect between the banks’ requirements and the systems they’re using means that massive market disruption is inevitable!

So, what does the future look like? Trader voice will be on the device of choice for the traders and back office staff. The devices will integrate, in a standards-based way, to meet the ever-increasing regulatory and compliance requirements. The solutions will allow the flexibility to mix and match ‘best in class’ recording, compliance, IM, video, dial tone, hoot and intercom products. Trader voice will be offered for a classic infrastructure, but also in hosted and cloud environments. Although the trading floors may still be isolated on their own network, the voice components will be consistent with those of the rest of the company to reduce operational overheads caused by having separate support organisations. And lastly, we will see most of the trader voice functionality supplied by separate devices, merged into single systems or bundled software applications. The days of having a lot of voice-related hardware on a trader’s desk will be gone.

For the last 20 years trader voice was the last bastion of voice technology which had stayed firmly in the 20th century. This is now set to change, and trader voice is finally going to enter the 21st century. As typically happens with markets in times of change, we will see the largest incumbents desperately try to hold on to their past approaches and existing revenue streams. More excitingly, we will see some sleeping giants and new players disrupt this space and offer the industry what it needs and deserves: a solution which they want, not one which is forced on them. The winners will be the banks and those providers which are agile and responsive to both market demands and client needs.