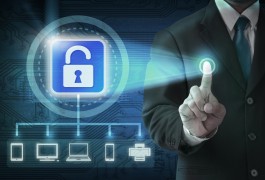 The European Central Bank has selected connectivity provider SIA, in partnership with telco Colt, for its connection to TARGET2-Securities (T2S), the delayed centralised European platform for the settlement of domestic and cross-border securities transactions.

The European Central Bank is expected to migrate to SIA and Colt’s value-added network infrastructure in June 2016. The two companies will also provide the ECB with a message processing solution based on Intercope’s BOX Messaging Hub, facilitating the integration of ECB’s application software to the T2S central platform.

SIA and Colt’s network infrastructure enables all approved entities to connect efficiently and securely to the T2S platform. Such entities include central securities depositories (CSDs), central counterparties (CCPs), Eurosystem central banks as well other leading banks operating in Europe. Its network has been designed to enable security and confidentiality in the transmission of data.

T2S is a project implemented by the Eurosystem – the ECB and the central banks of the euro area – and developed and operated by Banca d’Italia, Deutsche Bundesbank, Banque de France and Banco de Espana. It creates a single pan-European securities settlement engine and contributes to creating a true Single Market in Europe.

The project has been much delayed and the economics that originally underpinned its return on investment – including a €0.15 cent settlement fee – have been undermined by the drop in trading volumes post-crisis and the failure of the project to entice UK, Swiss and Scandinavian central bank money.

The latest delay was caused by the announcement that Euroclear, one of two international CSDs that are set to join the system, that it requires more time to ensure a safe and stable migration of its ESES CSDs to T2S than was available with the March 2016 Wave 2 target, in which it was scheduled to participate.

In an October 2015 announcement it reported that “This delay is due to challenges that Euroclear has itself faced in progressing ESES’ migration to the T2S platform, with such challenges now being under control” and has reported that it will migrate in September 2016.

While Clearstream, the other ICSD involved, has said it has no technical challenges in its migration it will delay its own migration until February 2017.

A growing consideration behind the scenes has been the awareness that T2S appears to be a perfect use case for a blockchain or distributed ledger technology, according to several senior bankers.