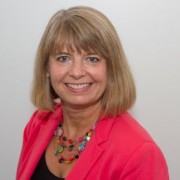 UK-based Open Banking Working Group (OBWG) is recommending the creation of an Open Banking Standard API to improve the sharing of banking data – and wants to roll out the framework over the next five years.

In its latest report, the OBWG – a collective of banking, open data and fintech professionals convened in 2015 by the UK’s HM Treasury – says bank data, including information about banks’ products and services, and open APIs could lower costs for customers and businesses.

The report suggests that if consumers could give an approved price comparison service explicit and limited permission to access their bank account data across an open API, they could find the best option to suit their needs.

Businesses could also benefit according to the OBWG. It says many SMEs use commercial software for bookkeeping but generally have to add their transaction data manually (or pay a third party to get this information on their behalf). An API from their banking service provider would make it “considerably easier” to reconcile payments and so provide far more up-to-date financial positions.

Harriett Baldwin, UK economic secretary to the Treasury, predictably welcomes the report’s findings and says the Open Banking Standard “could be designed to increase competition in Britain’s banking sector [and] give customers more control over their finances”.

The OBWG wants to see a “minimum viable” product for an Open Banking API based on open data launched towards the end of 2016, with personal customer transaction data included on a read-only basis starting at the beginning of 2017.

It says the Open Banking Standard’s “full scope”, including business, customer and transactional data, “should be reached” by 2019.