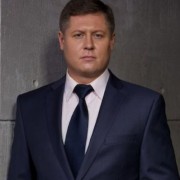 The company says the new integration allows content providers and aggregators access to all “major” mobile operators in the country.

It has also signed a contract with a national television network, Dunaya (The World) TV, to provide interactive television services such as voting and content monetisation using one-click mobile billing.

Mikhail Shabanov, chief commercial officer of Net Element and MD of Digital Provider, says its smartphone penetration has reached over 60% in Azerbaijan and “continues to grow”.

The full suite of Digital Provider services include direct-carrier billing, one-click mobile payments, SMS billing and mobile commerce, and are now available in the region. It also provides its anti-fraud platform with authentication technology.

Net Element says that smartphone brands such as Apple and Samsung are making a “big entrance” into the mobile payment business, and the total revenue of the worldwide mobile payments market reached $450 billion in 2015, according to the global market research firm TrendForce. By the end of 2016, total revenue is estimated to reach $620 billion, representing year on year growth of 37.8%.

Oleg Firer, CEO of Net Element, says that PayOnline (its online transaction processing service acquired last year) and Digital Provider have “expanded their operations in three countries [Kazakhstan, Kyrgyzstan and Azerbaijan] in the past six months” and that the company continues to “look for the opportunities in the emerging countries”.

Net Element and its Russian offshoot are focused on the SME market by operating a payments-as-a-service transactional and value-added services platform. Its geographical scope includes Russia and the neighbouring states such as Kazakhstan and Azerbaijan, the US, India and Latin America.