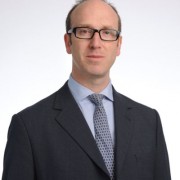 Kyc.com, a joint venture between Markit and Genpact, has announced the expansion of its Know Your Customer (KYC) compliance and diligence service to Hong Kong and Singapore.

This roll out is in addition to jurisdictional coverage in the US, UK and Australia which it launched in 2014.

A number of banks are already signed up – Deutsche Bank, HSBC, Morgan Stanley and UBS. Standard Chartered is “supportive” of kyc.com and is in the “process of joining the service”. Over 1,500 buy-side firms and corporations, representing 37,000 legal entities are also using kyc.com.

David Deane, managing director of client and data services at Deutsche Bank, says it has been investing in the development of the service as a founding design partner since its inception and wants to “encourage market adoption”.

Kyc.com is a centralised service for investment managers, corporates and banks that collects the required documentation and data once, to create a reusable profile. The joint venture contains over 169,000 entities and 350,000 documents.

A recent survey commissioned by kyc.com revealed that 63% of financial institutions across Asia believe varying KYC standards across the region is the biggest factor impacting their level of regulatory risk. When conducting due diligence checks on customers, 58% surveyed have either terminated existing customers or refused new customers given due diligence concerns.