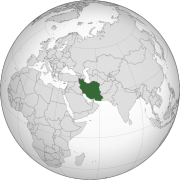 Iranian banks are being reconnected to Swift’s international payments system after a four-year hiatus.

Following the lifting of economic sanctions last month under the nuclear deal with world powers, Iran’s Central Bank and 15 other banks have restored access to Swift.

The Central Bank says: “The on-boarding process including administrative and technical measures for all non-sanctioned Iranian banks including the Central Bank of the Islamic Republic of Iran is now completed.”

The sanctions had hit Iran hard, with banks unable to do foreign transfers or make oil shipments to Europe.

Iranian banking officials did not name the banks reconnected to Swift, but according to Iranian media they include Bank Melli, Iran’s largest bank.

Hamid Baidinejad, a member of Iran’s nuclear negotiations team, says on his Instagram page that the Central Bank and 15 other banks now have access to Swift.

Onur Ozan, a UAE-based country manager at Swift, says the network is “still working on reconnecting other Iranian applicants”.

“We will continue to work with the remainder of the entities that have applied to re-join Swift to ensure their smooth reconnection,” Ozan adds.