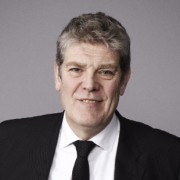 Payments provider Ingenico Group has reported a revenue of €2.197 billion in its full year (FY) 2015 results – a rise of 14% on a comparable basis.

For the period ended 31 December 2015, it says revenue was also up 37% on a reported basis, and adds that the US is now its number one market, with China in second place. Total revenue included €1.532 billion generated by the payment terminals business and €665 million generated by payment services activities.

Philippe Lazare, chairman and CEO of Ingenico Group, says: “We achieved double-digit growth, driven by the extraordinary expansion of our business in North America and the emerging markets.”

Because of the growth, Ingenico Group says it is now organised into five divisions: Europe & Africa (the former SEPA and EMEA segments, without the Middle East), Asia-Pacific and Middle East, Latin America, North America and ePayments.

In January 2016, Ingenico Group launched Ingenico ePayments, a new brand that marks the completion of the integration process for Ogone and GlobalCollect.

The group expects revenue to grow by roughly 10% on a like-for-like basis at constant exchange rates. In 2016, Ingenico Group also expects its EBITDA margin to be around 21%, “reflecting a stepped-up focus on developing and bringing its ePayments and other offers to market”.