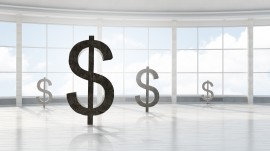 BBVA, a major shareholder in Atom Bank, a UK challenger, has announced an increase in its financial technology fund to US$250 million from US$100 million and a partnership with Propel Venture Partners which will see Propel managing the investment independently.

Propel will use the US$250 million in a US and a European fund while opening an office in London in addition to its San Francisco headquarters , where its European fund will invest in the UK’s fintech ecosystem and in European opportunities.

Teppo Paavola, BBVA’s chief development officer and general manager of New Digital Business  said: ‘‘In an increasingly competitive fintech venture capital environment, we believe that our increased capital, Propel’s independence and a presence in London can enable us to invest in the best fintech start-ups and better support BBVA’s vision of using technology to change financial services for the benefit of the customer.’’

Propel’s funds will focus on early to late stage investment opportunities at the intersection of technology and finance. Areas of focus include payments, credit, insurance, wealth management, e-commerce, security and compliance.

Propel’s managing partners are Jay Reinemann, Tom Whiteaker and Ryan Gilbert. Reinemann and Whiteaker were previously managing the BBVA Ventures fund, and Gilbert has been actively involved in several global financial services startups as a founder, investor and independent board member. Propel is currently recruiting for its London office.

As well as investing in Propel, BBVA has also made direct investments in financial technology companies to support their development and as part of its digital transformation programme. The bank purchased Simple, a tech company that’s changing the way people bank and think about money, in 2014 and recently took a 29.5% strategic partner stake in Atom, the UK’s first mobile-only bank.