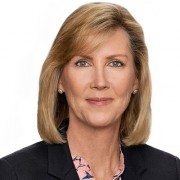 The company will face tough competition, but it received good news this week when Industrial and Commercial Bank of China (ICBC) said its customers would be able to use Apple Pay.

In an interview with Reuters, Jennifer Bailey, vice president of Apple Pay, says China could be its ‘largest’ market.

At present, the country is Apple’s second-largest market by revenue, but unsurprisingly it is the world’s biggest smartphone market.

According to the China Internet Network Information Center, by the end of 2015, 358 million people (more than the entire US population) were buying goods and using services on their mobile phones.

Ant Financial says Alipay has over 400 million active users, with 80% on mobile.

But Apple does have 19 of China’s biggest lenders as partners, which according to Bailey means 80% of China’s credit and debit cards are eligible for Apple Pay and “usable at about one-third of all locations that accept those cards”.

In a shrewd diplomatic move, Bailey points out that Apple’s approach is not to compete with banks and UnionPay.

“China UnionPay and our Apple Pay solution has a huge advantage, given the footprint of China UnionPay,” she says. “Its merchant acceptance network far exceeds what any of the other mobile platforms have today.”